Nora Gold has written a book, Fields of Exile (2014 Dundurn), that is unique in many ways. It provide layer upon layer of insight into various conundrums, both within her novel and within herself as well.

I was asked to review her book. The one thing I was told – indeed, it was all I needed to be told to make me want to read and review it – was that it is the first novel that deals with the rising swell of anti-Israel hatred on western campuses.

And it does. It does that very well.

But the book does much more. It provides a glimpse into the hearts and minds of those whom many in the unconflicted pro-Israel world simply cannot fathom: the leftist Israelis and/or other Jews who, nonetheless, actually love Israel. I am not talking about the faux lovers of Israel, the ones who call themselves “pro-peace and pro-Israel.” I am also excluding all the others who only criticize Israel, never those with whom Israel is locked in combat, and only criticize Israel, never praise her unless she makes major concessions or appeases her enemies, and then only briefly, until the next sacrifice is demanded.

Nora Gold and her Fields of Exile protagonist – Judith Gallanter – both love Israel fervently. And both hate and protest against the “Occupation.”

Judith, an olah, has returned to Canada because her father is dying. Shortly after Judith made aliyah her mother died and Judith wasn’t there. She could not do the same thing to her father. Then, just before her father dies, she promises him she will stay in Canada and get her Master’s degree in social work, so that she can be ably employed and independent in Israel when she returns.

What happens at the social work school and the surprise and betrayal Judith feels when Israel is considered the single worst form of evil on the planet, is something many Israel supporters will understand.

What is different is that Judith also despises the “occupation.” And so does the author. But Judith and Gold really, truly love Israel, identify with Israel and only feel fully alive and connected to and in Israel.

That’s the part that is so hard for many to understand.

Here is where Judith reveals her visceral connection to the land of Israel. She speaks about it as one does a family member who has imperfections but nonetheless is beloved:

Because her love for Israel is something like that. Unconditional. The way many people love their family members. You know all their faults, but still you love them. There are things about Israel she can’t stand. At the top of the list, the occupation, and this government’s treatment of Palestinians. (another definition of domestic violence: domestic policies that are violent.) But it doesn’t matter: Israel is her love. I am my beloved’s and beloved is mine.

Judith explains how that feeling coursed through her, connecting her soul to the land:

In Canada she’d always found geography and history boring, scoring low on her high-school leaving exams in both these subjects. But in Israel she was fascinated by every mountain range, by every excavated tell or Biblical battlefield. Because it was hers. It was about her people, and it told the story of what had happened to them, and therefore to her.

The story in Fields of Exile is multi-layered. The characters are richly drawn, with subtleties in many of the minor characters that make you want to know not only how Judith’s life unfolds, but also that of her social work classmates and her Israeli friends.

Fields of Exile is, in addition to a love story between a woman and the Jewish state, a modern love story between the protagonist and her pragmatic lawyer significant other. One whose significance grows, despite his straight-forward refusal to move to Israel and that, in spite of his less ambiguous support for the Jewish state and the very policies Judith finds repugnant. 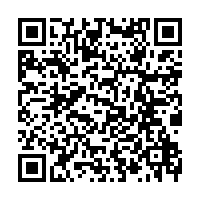