Michal Rovner, Rachel Whiteread and Anish Kapoor are among the artists who are competing for the assignment to create the UK’s National Holocaust Memorial and Learning Center, designated to be located next to the Parliament in London.

The UK Holocaust Memorial Foundation launched a memorial international design competition in September 2016. It sought to identify the very best architectural talent to create an emotionally powerful and sensitively designed memorial. Ninety-two teams expressed an interest in the project, with a shortlist of 10 invited to submit concept designs. These designs are being displayed publicly at the Victoria and Albert Museum in London (through 22 August) as part of a public consultation.

A jury consisting of 13 members including London Mayor Sadiq Khan, and Julia Peyton-Jones, the former director of the Serpentine Galleries, will meet at the Victoria and Albert Museum next month to choose the winner.

You are invited to submit your feedback to the UK Holocaust Memorial Foundation here.

Foster + Partners and Michal Rovner
With minimum disturbance to the park, a ramp descends into the earth. Evocative of train tracks that terminated in the camps or the brown brick lined corridors leading down to the gas chambers. This is the way to the Time Left Memorial. Israeli artist Rovner is part of the team led by the London-based architect Foster + Partners (other partners include the historian Simon Schama and the high-tech art organisation Future\Pace).

Adjaye Associates and Ron Arad Architects
We have approached the National Holocaust Memorial and Learning Centre as an opportunity to unearth the complexity of the Holocaust story, which we see as a series of layers that have become hidden by time.

Allied Works
We stand at a moment of transition – a time when those who lived through the Holocaust and witnessed the atrocities first-hand will no longer be present to provide testimony. Our proposal for the memorial is not an object, but the creation of a sacred space to serve the voices of survivors. It rises from the grounds of Victoria Tower Gardens, woven into the daily life of London. Folding back like a prayer shawl, it holds visitors in an embrace with the spoken word while framing a view to Parliament, underlining our shared accountability.

Anish Kapoor and Zaha Hadid Architects
Our proposal for the Holocaust Memorial sits as a strong singularity – an identifiable image – that allows people to focus on the immensity of the message being conveyed. The Grove of Cypress appropriately stands as a sombre witness to these moments within the park symbolising life, growth and hope in the face of adversity.

Caruso St John Architects, Marcus Taylor and Rachel Whiteread
The catastrophic events of the Holocaust took place outside the UK and the mass graves, remnants of atrocity and concentration camps that are found in mainland Europe do not exist on British soil. A memorial in London will not, therefore, commemorate a particular place, but instead it can embrace a universal theme and foreground the first-hand testimony of survivors.

Diamond Schmitt Architects
The subtlety of the design of the UKHM gradually reveals the power of the opposing forces that created the descent into a horror of hitherto unimaginable scale, and a humanity of unlimited compassion and selfless commitment.

heneghan peng
The Memorial is an ear, that connects visitors with the voices and testimonies of those who experienced the Holocaust. Set within the individual voids that occupy the walls of the Memorial, their sonic aggregate becomes the primary material of its sensory construction.

John McAslan + Partners and MASS Design Group
In Jewish tradition, the laying of a stone at a grave marks a visit by relatives, remembering the deceased. This simple act binds generations together. The word for ‘stone’ in Hebrew – ןבא or eben – is a construct of א or Aleph, (Heavenly Father) and ב or Bet, (son) and so the word for stone symbolises this continuity between generations.

Lahdelma & Mahlamäki Architects and David Morley Architects
The Memorial is a composition of two arcs facing each other and a water pool. The first arc describes the Holocaust, the other describes how it was experienced in the UK.

Studio Libeskind and Haptic Architects
A dark, reflective metal plane cuts into the sky. The visitor walks down a wide timber ramp, passing through this plane into the underground. Once inside, the visitor descends into darkness along a continuous trajectory, the path illuminated by light cast from the contents of the exhibitions. Within this darkness, there is a single track – the Path of Hope – which elevates the visitor back into the world, culminating in a platform pier overlooking the Thames. 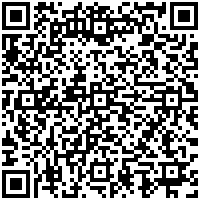