As the coalition deal between Prime Minister Netanyahu and Yisrael Beiteinu chairman Avigdor Lieberman is about to be signed, and Lieberman will be assuming his new role as Defense Minister, replacing the ousted Moshe Ya’alon, many on the right have been wondering how exactly would things change from one minister to the next, and would Lieberman be able, or willing, to act on his many past declarations. The new appointee has already apologized for the names he called the prime minister: “liar, cheat and scoundrel,” and his government: “defeatist.”

“I confess that in the heat of political debates some unnecessary things were said which I shouldn’t have said,” Liberman told his party members in the Knesset last week. “Moreover — I apologize for what I said, there was no justification for it, even if we don’t reach an understanding in the coalition negotiations, these things were unnecessary.”


Lieberman has also been critical of the Netanyahu government’s defense policy, which he said was aimed at containing rather than eradicating terrorism. He promised that, if he ever became defense minister (be careful what you wish for), his first move would be to demand that Hamas leader Ismail Haniyeh return the bodies of Israeli soldiers the group has kept since 2014, or else, “in two days you’re dead.” Assuming Lieberman receives his appointment today, should Haniyeh prepare for his Thursday assassination?

Another test of the Lieberman approach to the defense ministry will be coming up in eight days, when the month of Ramadan begins. Traditionally, the Israeli security apparatus prepares for eruptions of Arab violence, and also tries to prevent it through gestures that ease the limits on Arab movement, on permits to visit the holy sites in Jerusalem, and even on entry permits to enjoy Israel’s beaches. Will Lieberman encourage the same positive approach under his rule?

We at the Jewish Press online came up with a list of issues we will be following up during the Lieberman administration at the Defense Ministry, and the reader is invited to add more items:

1. Will DM Lieberman suspend the demolition and moving of the Amona homes?

2. Will DM Lieberman change the rules of engagement, freeing security forces from the obligation to protect the civil rights of terrorists?

3. Will DM Lieberman openly adopt the Edmund Levy report recommendations, and work with Justice Minister Shaked to impose Israeli law on Area C, where Jewish communities have been living under martial law for almost 50 years?

4. Will DM Lieberman support AG Avichai Mandelblit’s plan to compel PA claimants on property sales to settle for equal market value property elsewhere — should they prove their claim in court, rather than order the demolition of already built homes which have been paid for?

5. How far is DM Lieberman willing to take his idea of imposing the Death Penalty on terrorists? He alluded this week to relying on the military courts in Judea and Samaria to use their judgment, but military courts receive their directives from the person at the helm — so, are we going to see murderers of innocent Israeli civilians being put to death?

6. Will DM Lieberman allow faster and less restrictive approval for construction in Settlements and in eastern Jerusalem?

7. Will DM Lieberman stop the Administrative Detentions and Distancing Orders of Jews, which his predecessor imposed with much glee, without charges, without indictment and certainly without proof?

8. How will DM Lieberman deal with the PA’s half billion dollar debt to the Israeli electric company?

9. How will DM Lieberman deal with the shipments of cement to Gaza that are being diverted by Hamas (and which have been renewed this week by COGAT?

10. Will DM Lieberman approve an offshore Gaza port, which Turkey has been asking for?

We concede that most of these questions require more than a yes or no answer (although a few do). But on all of them it was clear what the pre-defense ministry Lieberman’s position has been. We intend to follow-up on his application of those principles. 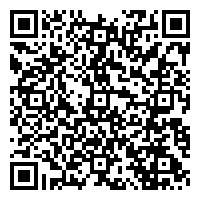