The escalation in road terror attacks is continuing unabated, with at least 19 stoning attacks reported Sunday by the Hebrew-language 0404 news outlet from the morning hours until 10 pm.

A number of vehicles were damaged in the attacks. Several arrests were made after an IDF unit of Givati soldiers chased and captured three adult terrorists who were caught right after they had attacked a driver. The suspects were transferred to security personnel for interrogation.


Stoning attacks against Israeli drivers were reported Sunday in the Jerusalem area, including in some Arab neighborhoods, such as Abu Dis; on Highway 443 (the old Jerusalem-Tel Aviv Highway) near Beit Horon; Highway 60 near El Khader, close to the Tunnel Road leading to Jerusalem (stoning and firebombing attack); A-Ram neighborhood of Jerusalem, Qalandiya (north of Jerusalem), Husan (Arab village near the Jewish town of Beitar), Abu Snina, the Arab town of Hizma (in the Binyamin region) at the bus stop near the industrial zone in Kiryat Arba, south of Jerusalem in Judea, among others.

Some of the information about these attacks was received via a hotline that has been set up by 0404, but it works only with those who use the WhatsApp application. If you are a fluent Hebrew speaker and writer and you have the app, the hotline number to report a stoning attack via WhatsApp is: 054-307-0000. 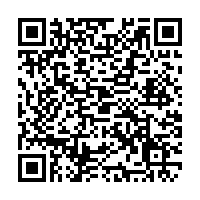