Saudi Foreign Minister Adel bin Ahmed al-Jubeir told those gathered at the Munich Security Conference this weekend that he is still an optimist about resolving the challenges facing the Middle East.

“If your job is to solve problems you cannot be a pessimist,” he said, “and so we have to do everything we can to deal with the challenges that we face.”


Among the many “challenges” he listed were the conflict in Yemen, the crisis in Syria, “an Iran that is rampant in its support of terrorism, a region that is rife with terrorism… challenges in reforming our economies and bringing the standard of living of our people up to a higher level,” he said with a small smile.

He also mentioned the conflict between Israel and the Palestinian Authority but framed it in a broader historical context, similar to that which Prime Minister Benjamin Netanyahu himself has done over the past several years.

“We face the challenge of trying to bring peace between Israelis and Arabs,” he said, later adding that he indeed believes that in this particular area, “progress can be made in the Arab-Israeli conflict if there’s a will to do so.

“We all know what a settlement can look like,” he said, “we just need the political will to do so. And my country stands ready with other Arab countries to see how we can promote that,” he added, clarifying that Saudi Arabia is game for another try at peace-making and negotiations.

The comments also support last week’s comments in Washington DC that U.S. President Donald Trump and Israel’s Prime Minister Netanyahu have been discussing a broader canvas upon which to work out a new and different peace initiative.

Al-Jubeir expressed his country’s confidence in the new president and comparing him to the late President Ronald Reagan. “I like to remind my European friends that when Ronald Reagan was elected… they thought World War III would take place… and yet how did it all turn out? He pushed back against the Soviet Union and he ended the Cold War.

“When we look at the Trump Administration we see a president who’s pragmatic and practical, a businessman, problem-solver, a man who’s not an idealogue. We see a man who has a certain view of the world, a man who wants America to play a role in the world.

“Our view is that when America disengages it creates tremendous damage in the world because it leaves vacuums, and into those vacuums evil forces flow and it takes many times the energy to push back against these evil forces to prevent them from emerging in the first place,” he explained. 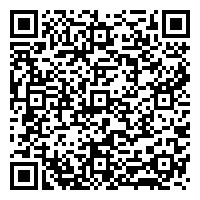