Agents from the Israel Security Agency (Shin Bet) carried out a joint operation together with IDF soldiers and Israel Police last month to solve shooting attacks being carried out along the main arteries in the Binyamin region.

A few hours after a shooting attack that took place on 27 January 2017, forces arrested two 17-year-old residents of the Arab village of Deir Abu Masha’al in western Binyamin area.

In the course of the investigation it was learned that the two had opened fire in two separate attacks against Israeli drivers whose vehicles were passing on the road in western Binyamin, not far from the Jewish community of Halamish (Neveh Tzuf), on 14 November 2016 and 27 January 2017. The two were also involved in additional attacks. There were no physical injuries in any of the incidents.

“The foregoing again shows the involvement of minors in severe terrorist actions as well as the tangible security danger posed by the accessibility of improvised weapons,” the Shin Bet intelligence agency said in its statement.

The Shin Bet, along with the IDF and Israel Police, “views these acts of terrorism with utmost gravity and will act to prevent and thwart terrorist activity and attacks.” 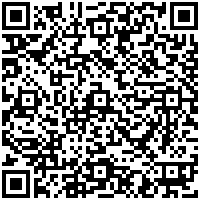