The United Nations Education, Science and Cultural Organization is set to vote in Paris on another resolution on Wednesday on the issue of Jerusalem, this time on the “Old City of Jerusalem and its Walls.”

The resolution, sponsored by Kuwait, Lebanon and Tunisia, is being reviewed by the agency’s 21-member World Heritage Committee and this time doesn’t contain any reference whatsoever to Christianity and the “Jewish people” at all.

Both Mexico and Brazil, who voted in favor of the previous resolution, entitled “Occupied Palestine,” subsequently expressed regret and vowed to abstain in future votes. Italy, which abstained, said it would oppose future resolutions on such issues. Moreover, Italian Prime Minister Matteo Renzi told Israel’s Prime Minister Benjamin Netanyahu in a phone call that he would try to convince his European colleagues to do the same, according to Netanyahu’s office.

All three responses were welcomed by Israel – but not one of the three is a member of the World Heritage Committee, and therefore none of them can cast a ballot in Wednesday’s vote.

Israeli envoy to UNESCO Carmel Shama Hacohen has been directed by Prime Minister Benjamin Netanyahu, who is also acting Foreign Minister, to try to convince those member states who abstained during the previous vote to this time vote against the resolution. 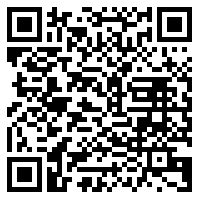