Senators Kristen Gillibrand (D-NY) and Michael Rounds (R-SD) have led 88 Senators in a letter urging President Obama to veto one-sided UN resolutions on the Israeli-PA conflict. Anticipating that Obama is planning to embark on a post-election peace push using the UN Security Council, the 88 Democratic and Republican senators are telling the president to curb his enthusiasm.

“At this delicate stage the international community should both provide hope to the parties and avoid taking action that would harm the prospects for meaningful progress,” the Senators’ letter cautions, pointing out that “even well-intentioned initiatives at the United Nations risk locking the parties into positions that will make it more difficult to return to the negotiating table and make the compromises necessary for peace.”


The letter reminds Obama of his own UN envoy Susan Rice, who in 2011 told the UNSC: “It is the Israelis’ and Palestinians’ conflict, and even the best-intentioned outsiders cannot resolve it for them.” It also reminds the president of his own speech at the UN General Assembly, back in September 2011, when he said, “Ultimately, it is the Israelis and the Palestinians — not us — who must reach agreement on the issues that divide them.”

“We could not agree more with these statements,” the Senators’ letter concludes. “We urge you to continue longstanding US policy and make it clear that you will veto any one-sided UNSC resolution that may be offered in the coming months.”

Now let’s sit back and watch what President Obama does after Nov. 8. 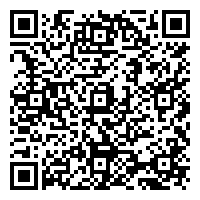