Lebanese Prime Minister Tammam Salam on Monday warned that his country was in “serious danger” to the point of facing collapse under the ongoing rush of Syrian refugees, the Daily Star reported Tuesday. Salam said the burden is straining Lebanon’s already struggling economy and infrastructure, to the point where it is threatening their very stability.

Speaking in NY on the occasion of the 71st session of the United Nations General Assembly (UNGA) on the global refugee crisis, Salam said: “My country is in serious danger. What the Lebanese have done by harboring one million and a half Syrians for a population of four million is unprecedented. What the Lebanese have done by spending close to 15 billion dollars they do not have in three years to serve the displaced Syrian population is unprecedented.”


Salam insisted that the UN “draft within three months a detailed logistical mapping of the return in safety and dignity of the Syrians now in Lebanon to Syria, specifying transportation needs, departure locations, and all associated costs.” Salam suggested that “raising the financing required for this plan should be started immediately. This will allow, when circumstances permit, a swift implementation.”

As of March 31, 2016, Lebanon is hosting 1,048,275 registered refugees from Syria, 53% of whom are children, according to the United Nations High Commissioner for Refugees.  The Lebanese government chose not to establish camps for Syrian citizens fleeing the civil war into Lebanon, and they have settled instead throughout country. Most of the newcomers rent lodging in about 1,700 towns and villages, but an estimated 18% live in squatter communities near the border.

According to the Euro-Mediterranean Human Rights Monitor, the Lebanese government is making it difficult for Syrian refugees to renew their residency permits, and as a result, according to Shelter Working Group-Lebanon, the number of households in which all members are legally in the country has dropped from 58% in 2014 to 29% in 2015. The same NGO has reported that refugee households living below the poverty line increased from 49% in 2014 to 70% in 2015. The percentage of refugee households with debt jumped from 70% in 2013 to 89% in 2015. 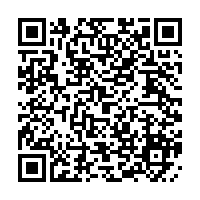