Nine Palestinian Arab — five adults and four minors — have been indicted on charges following their arrest two weeks ago in connection with a firebomb attack in northern Jerusalem.

News of the arrests was cleared for publication only this morning (Aug. 23) when the indictment was filed in court against the group. The suspects were taken into custody in a joint operation by the Israel Police Central Unit and the General Security Services (Shin Bet).


The suspected terrorists were indicted on accusations of firebombing a vehicle on August 3 as it traveled along Route 20 near Jerusalem’s Beit Hanina neighborhood. One woman was seriously wounded and her car was completely incinerated as a result of the three Molotov cocktails hurled at the vehicle in that attack.

Also mentioned in the indictment are four other attacks by the same group, including the firebombing of a Jewish home in Beit Hanina. Two people were hurt in that attack. The group allegedly firebombed that same house on three other occasions over the past six months, according to the indictment, although no one was physically injured in the other attacks.

In the indictment, the nine suspects are accused of forming a terrorist cell, and the Jerusalem District Attorney has requested they be held in remand until the end of legal proceedings. 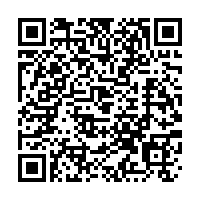