The organization ‘Americans for a Safe Israel’ (AFSI) launched an internet campaign late Monday to demand the resignation of Democratic Congressman Hank Johnson of Georgia.

Johnson is “an anti-Israel Congressman and a friend of such groups as Jewish Voices for Peace, and a member of the House Armed Services Committee, compared Jewish Israeli citizens living in Judea and Samaria to “termites” while speaking at an event sponsored by an anti-Israel organization that supports boycotts of Israel,” the group said.

In a petition circulated around the Internet, the group is urging surfers to contact Johnson to demand an apology and his resignation.

The group also urges readers to “express your outrage to the Democratic National Convention and demand they respond.” 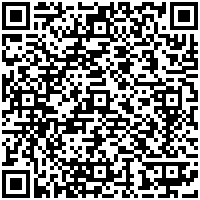