A cartoon bearded Jewish man with a long hooked nose wearing yarmulka and a blue and white tallit (prayer shawl) is seen chuckling with hands held to his cheeks in mirth. The caricature is set against a background of golden coins gleaming like treasure on the entire rest of the card.

An Australian citizen living in Norway who ordered the card claims that when he received it, he was surprised to find that the design he ordered was not what he received.

The matter was brought to the attention of the Israeli Embassy in Oslo, which immediately contacted the management of the bank.

The bank promptly apologized to Israel’s Ambassador to Norway, but also explained in a letter to the Hallelu Israel Foundation (seen on the nonprofit organization’s Facebook page) that the bank allows clients to order personally designed cards.

The vice president of the bank wrote that he was surprised when the embassy told him the client received the offensive design without personally requesting it.

Cllose examination of a different photo of the card that was seen on the Internet reveals in the lower left corner the words “YOUR NAME” which may indicate this is a design sample available for ordering, possibly through VISA although that is not clear.

The bank official asked forgiveness from anyone who was offended and said the bank would issue an explanation and apology notice.

After the incident was publicized, the bank announced the offensive card would be canceled and a new one issued to its owner.

In the letter the bank said it has a mechanism to filter out “offensive images.” Somehow, the anti-Semitic caricature slipped past. The bank explained it issues a few million cards each year, said it was an isolated incident and that the offensive image was deleted from the database.

The bank added that it has strict guidelines about which images can be uploaded to that database, but the uploading and supervision are manual operations.

Unfortunately, personal supervision failed in this case and the card should not have been printed under any circumstance, the bank said.

Only some 1,500 Jews currently live in Norway. Kosher slaughter (shechita) is outlawed, so kosher meat must be imported for the families living there, at great expense due to high taxes. Circumcision is frowned upon, although Jews ignore the social atmosphere, obviously, and continue to bring their sons into the Covenant on the eighth day, as did our ancestors.

Overt anti-Semitism is rare, but as Chabad-Lubavitch emissary Rabbi Shaul Wilhelm told Israel Hayom in October 2014: “There was a report here about a possible Al Qaida attack. Within a day people were demonstrating outside a mosque where a group of Bosnians were praying. They had nothing to do with anything.

“It reminded me of something that a Jew here once told me. His grandfather had survived the Holocaust, and he told him, ‘When they need to find us, they will find us within a day.'” 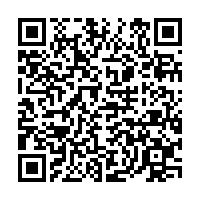