Arab vandals have again desecrated graves in the ancient cemetery at the Mount of Olives, smashing and burning tombstones, bushes and trees.

This time among the targets  they included the gravestone on the Pharisees plot in which Nathan Mileikowsky, Prime Minister Binyamin Netanyahu’s grandfather, lies at rest.


At least ten tomb stones were smashed in the cemetery, which dates back thousands of years. The vandals also set fire to the trees and bushes around the 120-dunam site, known to be final resting place of numerous ancient Talmudic Sages.

Firefighters were called to the scene when the flames were spotted at around 11:30 pm.

Israel Police have claimed it is impossible to completely protect the ancient cemetery from Arab hatred due to its sprawling size. Nevertheless, the number of city police and Border Guard Police units have been increased in an attempt to secure the area, which regularly comes under attack by Arab terrorists.

Police reportedly plan to install 160 security cameras around the area over the next four years as well, according to Jerusalem District Police deputy commander Brig.-Gen. Avshalom Peled who was quoted by the Hebrew-language Ynet site. The commander was forced to respond to criticism from the Knesset Interior Committee last month when lawmakers asked why attacks were not being dealt with after police were given funding and tools to address the issue.

Grieving visitors to the cemetery have been pelted for years by rocks, bottles, firebombs and sometimes even ignited fireworks while on their way to pay their respects to loved ones. JewishPress.com made several attempts to reach the Israel Police spokesperson, who could not be reached for comment. 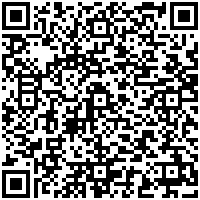