Obama was scheduled to arrive in Seville on Saturday night and on Sunday visit an American military base in southern Spain. On Monday he is having lunch in Madrid with King Felipe VI and leading Spanish politicians. However, because of the Dallas shooting, the president will arrive in Spain only on Monday, directly for that lunch with the king.


The Israeli Embassy on Friday condemned the poster, stating, “Nothing can justify the usage of anti-Jewish caricatures, and silence shouldn’t be maintained in the face of this flagrant expression of anti-Semitism.”

United Left said the rally on Sunday will protest both American and Israeli policies, and that it opposes the president’s visit because the US promotes “neocolonialist international relations” of war, destabilization and interference.

This is Obama’s very first visit to Spain as president, at a time when this country is facing political instability following an election last month that didn’t give any party a conclusive victory. 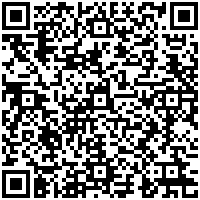