It’s not clear who the unlucky store owner was, but wise was he for not fighting Arab officials who ransacked an Israeli delivery truck in Hebron this week (March 16).


A mob of Palestinians swarmed to watch the spectacle, most occupied with their cell phones, arms extended to record the event for posterity and the Internet.

Boxes of Tnuva milk were flung to the ground, their precious white nutrient spilling all over the street. No Arab babies will grow strong teeth and bones from that spilt milk this weekend – but the wildly cheering crowd could have cared less.

Other goods in a riotous montage of reds, yellows and greens also were splattered as their packaging split when they struck the rough street around the truck.

It seemed to be a straightforward enough sight: “Arabs in Hebron broke into an Israeli delivery truck and destroyed all the packages within, tossing them onto the street to the wild cheers of the crowd,” reported the Elder of Zion blog, who sourced the report from FajerTV.

But according to commentators on the blog, local merchants already long ago restricted deliveries to Palestinian drivers, using Palestinian trucks, and shipments made only after payment received in full. The first, according to a local source, was “due to security reasons,” and the second “because collecting debts in the PA by Israelis is practically impossible.”

The Israel Electric Company has also discovered the reality of that second issue; in fact power to a number of PA communities has been shut down due to the millions of shekels owed to the company by the Palestinian Authority, which has been impossible to collect.

More than one commentator agreed this week that regardless of why Israeli goods are boycotted, a lack of supplies will “still be portrayed as ‘Those dastardly Israelis are intentionally starving the so-called ‘Palestinians’ … Just like you-know-who did to you-know-who…’ “

Another commentator suggested as a solution that if Israel ever decides to transfer funds to the PA, such monies should be given by “filling a food truck with the cash and driving it slowly through Hebron.” 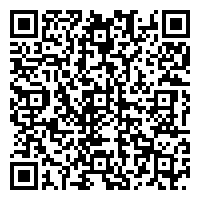