The timing for lifting international sanctions on Iran is now a major hurdle before an agreement can be reached on limiting its nuclear program by the deadline, March 31 deadline, the Wall Street Journal reported, citing American, European, and Iranian officials.

The Iranians now insist that UN backed sanctions on their energy, finance, and transportation sectors are terminated as the first phase of the deal. The other side wants a gradual removal of the sanctions over several years, depending on Iran’s compliance, especially in its cooperation with International Atomic Energy Agency (IAEA) inspections.

A senior European diplomat told the WSJ the Iranians “say it’s a deal breaker. They don’t want it at all,” adding that “there’s no way that we would give up on that…. No way.”

The same official said the U.S. and the Europeans expect the process of lifting the restrictions on Iran to last at least one year, more likely two.

However, the process of lifting the sanctions could start as early as a few weeks following the signing of the deal, the WSJ notes. This would include Iran starting to reclaim its frozen assets in Western banks, to the tune of $100 billion.

According to Bloomberg, the IAEA is willing to accelerate the assessment of the Iranian program, but expects Iran to significantly improve its cooperation with monitors.

“We are prepared to assist them in the resolution of all outstanding issues,” IAEA Director General Yukiya Amano said on March 2. “Iran needs the confidence of the international community.”

The IAEA says Iran is yet to turn over key documents and permit them access to key sites as well as face time with scientists who have worked on the nuclear program.

Israeli Prime Minster Benjamin Netanyahu, bolstered by his decisive victory in Tuesday’s national elections, on Thursday demanded the broadening of the sanctions on Iran, to force its leadership to give up not just its nuclear program, but also end its support for Hezbollah and Hamas.

Netanyahu told NBC News: “The most important thing is that the lifting of restrictions on Iran’s nuclear program would depend on Iran’s change of behavior, that it would stop supporting terrorism, stop its aggression against just about every country in the region, and stop calling [for] and threatening the annihilation of Israel.” 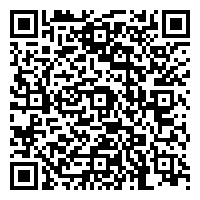