There were multiple stoning attacks recorded starting late Sunday afternoon and into the evening hours, when drivers leave their jobs and return to their homes, and people leave their homes to go out for the evening.

On the road near the Jewish community of Neve Tzuf, the Hatzolah emergency response organization reported a stoning attack south of the town shortly after 3:30 pm.


No one was physically injured in the attack but there was no information on whether there was damage to the vehicle.

An Israeli-driven vehicle traveling along Highway 443 – known as the “Old Tel Aviv-Jerusalem Highway” – was attacked by Arab terrorists hurling stones as it passed the Jewish community of Beit Horon just about five minutes later.

No physical injuries were reported, and no damage was reported.

About two hours later, the Hatzolah emergency service in the Binyamin region reported a stoning attack on an Israeli vehicle as it was traveling between the Doar Junction and the Jewish community of Neria.

No physical injuries were reported, but no information was made available about damage to the vehicle.

A second attack on another vehicle traveling along Highway 443, also near Beit Horon and moving in the direction of Modi’in, was reported about an hour after that.

There was no information available about injuries to the passengers, nor were there any details about damage to the vehicle.

Further south, about an hour after that, Hatzolah of Judea and Samaria reported that Palestinian Authority Arabs attacked a “pillbox” military observation post located along the Gush Etzion – Hebron segment of Highway 60.

The attackers hurled huge rocks at the outpost, located south of Jerusalem, near the Arab village of Beit Omer, also known as Beit Ummar, at around 8:30 pm.

An hour after that, Hatzolah of Binyamin reported another stoning attack on an Israeli public bus as it was traveling past the Anata Junction.

The bus was damaged but according to the report, none of the passengers were physically injured and neither was the driver, who knew enough to keep the vehicle moving until he reached a safe destination to make his report. 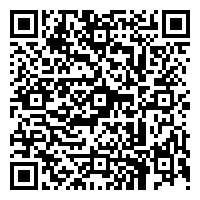