A 20-year-old IDF soldier was murdered and an 18-year-old teenage girl was hurt in an Arab terrorist attack at the Dor Alon gas station on Highway 443 on Monday afternoon.

The soldier has been identified as Ziv Mizrachi of Givat Ze’ev HY”D.

The Palestinian Authority Arab terrorist tackled Ziv Mizrahi when he exited the car in which he and the Jewish girl arrived at the gas station, stabbing them both. The station is located between Jerusalem and Modi’in near Beit Horon.

The young lady is good condition and was evacuated to a nearby medical center by Magen David Adom medics.

The terrorist was neutralized; he was shot and killed.

At least one previous terror attack took place on Highway 443 near the Maccabim checkpoint in July of this year. Arab terrorists prepared an ambush for Israeli motorists: a gas cylinder hidden among burning tires blocking the Jerusalem-bound side of the highway. Sappers were summoned to neutralize the threat.

Arab terrorists also continued to attack Israeli vehicles on the highway – known as the old Tel Aviv-Jerusalem highway – hurling rocks and other items at the travelers, throughout the summer months. 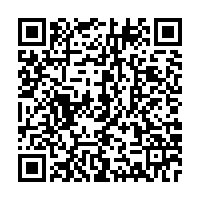