Sources familiar with the events in Syria have told Israel Army Radio on Wednesday morning that military officers from France have been training Syrian rebels in Jordan and Turkey. The information reveals a picture whereby the government in Paris is the most active among Western nations in attempting to topple Assad

The French military officers are instructing the Syrian rebels on the use of the advanced weapons with which they’ve been supplied, in Jordanian and Turkish territories.


The information indicates that Paris is the life and soul of the Western campaign to topple the Assad regime. The French also work hard at the “Geneva Conference 2” to resolve the situation in Syria, although chances are low that it will indeed take place.

French intelligence officers are coordinating their activities with their Saudi counterparts, who invested large sums of money in funding the rebels. Over the past two weeks, since the fall of the city of Kosiir into the hands of President Bashar Assad’s army, the French have held several meetings with representatives of Saudi intelligence and Turkish security systems executives, to coordinate their actions, especially in light of the approaching battle over control of Aleppo.

A frequent participant in these coordination meetings is Brigadier General Salim Idriss, commander of the largest rebel army, the Free Syrian Army.

France and Saudi Arabia have marked Brigadier General Idriss as their Man among the rebels, and he is provided with the bulk of arms and ammunition coming in from the west.

Brigadier General Idris is a former Syrian army officer, originally from the city of Homs, who was given the top position only six months ago. He is known for his opposition to the Jihadist organizations that are currently fighting in Syria. 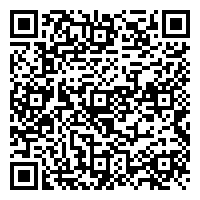