Several Gulf Arab nations and at least one African country have downgraded their ties with Shi’ite Iran after Saudi Arabia cut its ties with the Islamic Republic, with the possibility that more may follow.

The move came after a Tehran mob stormed and torched the Saudi Arabian embassy and consulate buildings. In response, Saudi Arabia suspended all air traffic between the two countries. A letter was also immediately sent to the United Nations Security Council, accusing Iran of failing to protect the Saudi embassy.


Iran’s foreign ministry spokesperson Jaberi Ansari denied the charges, saying no Saudi diplomats were harmed in the incident; he added that none were even present during the attack.

He neatly sidestepped the fact that the building was torched and that all the interior furnishings were completely smashed by the mob that stormed the building. Instead, Ansari claimed Saudi Arabia was “looking for some excuses to pursue its own unwise policies to further tension in the region.”

But Iranian security personnel did nothing to stop the destruction of the embassy until after the embassy offices were completely smashed; at which point, authorities called for “calm.”

The destruction of the diplomatic properties came in response to Saudi Arabia’s execution of a prominent Shi’ite cleric on Saturday. Sheikh Nimr al-Nimr was one of a total of 47 who were executed on charges of terrorism.

Nimr was known as a vocal activist who opposed the Saudi regime, and who led a vigorous Shi’ite Muslim minority movement in Sunni Muslim-led Saudi Arabia. Iran threatened at the time of the execution that Saudi Arabia would “pay dearly” for Nimr’s death.

By Sunday, Saudi Arabia had cut its ties with Iran and expelled the ambassador, giving him 48 hours to leave the kingdom.

The United Arab Emirates and the island nation of Bahrain – Sunni-ruled monarchies – also both notified Iranian diplomats they had 48 hours to leave the kingdom.

The UAE recalled its ambassador from Tehran and announced it would reduce the number of diplomats stationed in Iran, according to the WAM state news agency. The government said in a statement, the UAE “has taken this exceptional step in light of Iran’s ongoing interference in internal [Gulf Cooperation Council] and Arab affairs that has recently reached unprecedented levels.”

Iran was was also accused by Bahraini officials of “increasing, flagrant and dangerous meddling” in the affairs of Gulf states – again, not the first time Iran has been accused of such activity. A similar charge was leveled against the Islamic Republic during the Arab Spring revolutions, when Tehran was accused of stirring uprisings among Shi’ite populations within the Sunni-led kingdoms and emirates. Bahrain also severed its ties with Iran.

Likewise, the majority Sunni Muslim nation of Sudan also expressed its disapproval of the Iranian attack on the Saudi embassy, calling the mob action “barbaric”. As with Bahrain and the UAE, Sudan also severed its diplomatic ties with Iran, expelling the Iranian ambassador and the entire Iranian diplomatic mission from the country. Sudan also recalled its own ambassador from Tehran.

Russia and China have now both released statements calling for “restraint” on the parts of Iran and Saudi Arabia. Both have expressed concern about escalation of tensions in the region, and have asked both parties to work together to “safeguard the region’s peace and stability.” 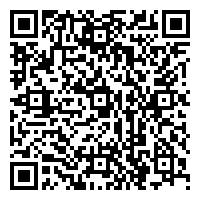