Hundreds of mourners gathered to support friends and family of Shlomit Krigman, hy’d, as they paid their final respects Tuesday before she was laid to rest at the Har HaMenuchot cemetery in Jerusalem. “She was a very special person,” said one.

The young woman — only 23 years old — lived in Shadmot Mehola in the Jordan Valley, but was staying in Beit Horon, located between Modi’in and Jerusalem along Highway 443, at the time of the attack.


“Shlomit was loved and known to all,” said the Beit Horon settlement administration in a statement. “She served as a Bnei Akivah youth group coordinator during her National Service. During the past year she lived with her grandparents in the settlement of Beit Horon.”

She was stabbed outside a grocery store late Monday afternoon by two Arab terrorists from the Palestinian Authority. Critically injured, she succumbed to her wounds on Tuesday morning at Hadassah Medical Center’s Mount Scopus campus.

A second Israeli woman, age 58, was also stabbed in the same attack. She is in stable condition with moderate wounds at Jerusalem’s Shaare Zedek Medical Center.

When the terrorists tried to enter the store to continue their stabbing spree, two Jewish workers pushed them back with a shopping cart, forcing them to run.

At that point, both attackers were shot and killed by a security guard. Forces who were searching the area found three IEDs (improvised explosive devices) they had planted around the store. Sappers were summoned to the site defuse the bombs.

The two terrorists, Ibrahim Ala’an, 22, from nearby Beit Ur al-Tahta; and Hussein Abu Ghosh, 17, from Qalandiya, a Hamas operative; reached the store via a nearby wadi. They jumped the fence surrounding the community, store worker Motti Shalem told Ynet.

“These difficult times are fraught with confrontation and we will overcome. We will continue to fight against terrorism and the incitement which drives it. In the face of terror, we choose life,” President Reuven Rivlin said in the wake of the attack.

On Monday night, Prime Minister Benjamin Netanyahu ordered the IDF to prepare an upgraded comprehensive security plan for the Jewish communities in Judea and Samaria.

Immediately following the stabbing at Beit Horon, the IDF froze the work permits of the family members of the two terrorists and a series of other security measures. Roadblocks were set up on all access routes to Beit Ur al-Tahta, allowing only humanitarian cases in or out, according to an IDF spokesperson. 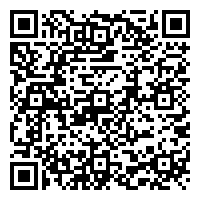