The Israel National Trail is a really famous trek. Thousands happily tramp up and down its 1,100 kilometer (683 mile) stretch across the country each year.

On Monday, in honor of Tu B’Shevat – the 15th day of the Hebrew month of Shevat, the Jewish new year of trees), the Israel National Trail was uploaded to Google Street View.


The trail, which starts at Kibbutz Dan in the north, has also been named one of the top 20 best trails in the world by National Geographic magazine. It ends at the very southern tip of Israel, at the Eilat Field School.

But before you get there, you have to pass through everywhere else – too many places to be described here.

So what’s so cool about it?  Check it out on Google Street View and see!

“After intensive work, we are happy that the Israel National Trail now joins world-renowned heritage and natural sites such as the Loch Ness, Petra and Machu Picchu on Google Maps, Google Israel CEO Meir Brand said.

“We hope many more people in Israel and around the world will be exposed to the beauty of the Israel National Trail and the unique story of the country.”

It took three months of filming by 250 staff members of the Israel Society for the Protection of Nature (SPNI) and Google to upload the trail to the Internet. The photographers used two Trekker cameras, shlepped on the backs of the younger crew. 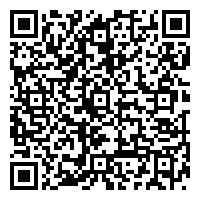