In the summer of 2014, in the middle of the 50-day Gaza War (Operation Protective Edge), the Obama Administration betrayed its “greatest ally in the Middle East” by suspending arms shipments to Israel, and delaying delivery of US-made Hellfire missiles to Israel — expressing concerns that Israel would employ these missiles in areas in Gaza population centers. The unimaginable has happened.

This act of betrayal immediately led to Israel reassessing its views on US aid, particularly the notion that it could always depend on US re-supplies in wartime, and initiated new weapons projects to reduce its dependence on US weapons.

According to a Ynet report this week, The IAF has now modified its Apache helicopters to enable use of Rafael-manufactured air-to-surface missiles alongside and US-made Hellfire. It means Israel will no longer be at the mercy of future American administrations when it comes to utilizing its most important advantage against Hamas — the helicopter.

Rafael Advanced Defense Systems manufactures a number of air-to-surface missiles, most notably the Popeye and the Have Lite missiles. Its website lists their Main features as being effective against high value land and maritime targets; versatile and cost-effective; offering pinpoint accuracy and lethal efficiency; day, night and adverse weather operation; Battle Damage Assessment (BDA) capability; and featuring a variety of trajectories to meet weather and threat conditions.

Israel deals directly with US companies for the vast majority of its military purchases, but those still require US government permission, which is far from being automatic. In March 2000 the Israeli government was refused permission to purchase BGM-109 Tomahawk missiles.

Incidentally, although the US sells Israel close to $3 billion in weapons, paid for by an aid agreement, the US military uses a variety of Israeli-made military equipment, including:

AGM-142 Have Nap “Popeye” – the standoff air-to-surface missile with precision guidance we described above.

B-300 / Shoulder-launched Multipurpose Assault Weapon (SMAW) – An anti-tank or bunker buster recoilless rifle developed by Israel Military Industries. The SMAW is based on the Israeli B-300.

IAI Kfir – An all-weather multirole combat aircraft formerly used by the US Navy for training purposes.

DASH III helmet-mounted display – The first modern Western HMD, upon which the JHMCS was based. 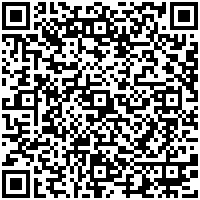