The Birzeit University near Ramallah threw out Haaretz’s left-wing journalist Amira Hass from a conference on “occupied Palestine” because she is Jewish.

The daughter of two Holocaust survivors, she has become over the past few years the most pro-Palestinian Authority journalist in Israel, has lived in Gaza and Ramallah and has written in Haaretz that Arab rock-throwing is a “birthright and duty of anyone subject to foreign rule.”


Her credentials as an enemy of a Jewish presence in Judea and Samaria are impeccable except for the fact that she is Jewish.

That is why the organizers of the conference on “Alternatives to Neo-Liberal Development in the Occupied Palestinian Territories – Critical Perspectives” told her she could not cover the event.

The organizers were The German Rosa Luxemburg Foundation and The Center for Development Studies (CDS) at Birzeit University.

Hass wrote in Haaretz on Sunday, “During the first presentation on Tuesday, two lecturers from the CDS approached me within ten minutes of each other, asking me to step outside…. ‘Am I not allowed to be here?’ I asked, half-kidding, but one of the lecturers answered that there was a problem.

“When I registered at the entrance of the conference I wrote next to my name the institution I belong to, Haaretz. For the past two decades, the lecturer said, there has been a law at Birzeit stipulating that Israelis (Jewish Israelis, that is) are not allowed on the university grounds. The students manning the conference registration desk saw that I had written ‘Haaretz,’ realized I was an Israeli, and ran to tell the university authorities. The security department in turn went to the conference organizers, the lecturer said. She and her colleagues were afraid, she told me, that students would break into the conference hall in protest over my presence.”

Hass added that she did not see anyone protesting, but a rumor spread that students had attacked her. Rumors often become self-fulfilling expectations, and one faculty member whom Hass said has known for 40 years “walked past and said, ‘This is for your own protection.’”

Her ouster was a classic example of a non-Arab leftist, in this case a Jew, embracing an Arab or Islamic cause only to get stabbed in the back.

Most leftists eventually see the light or simply are brainwashed so much that they forever blame the Zionists and the West for their fate.

Hass’ article included a hint of some enlightenment. When realizing she had to leave, “I was at that moment reminded of the image that Israelis commonly have of Palestinians: irrational hotheads,” she wrote.

But before coming to her senses completely, she comforted herself by hearing the protests by her colleagues and supporters in the Rosa Foundation who said they would not have agreed to allow the conference to take place at Birzeit without her being allowed to attend.

“In the past twenty years, I have entered Birzeit University dozens of times, and have been an audience member at various academic conferences there,” Hass wrote. “I have also interviewed faculty members both on and off campus. A year ago, an economics lecturer refused an interview, telling me, “It’s not personal. But you know what the rules are.”

It is nothing personal?

To your credit, your remain Jewish.

But you don’t take it personally that you are now allowed to do your job, which you think is to promote the Palestinian Authority campaign against Israel, because you are Jewish? 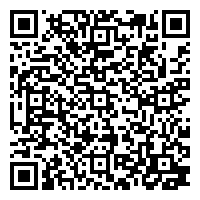