The Jewish New Year began with blood for security personnel as well as for some who were traveling on Rosh Hashana in Jerusalem and surrounds. Police who provide security at the Temple Mount in the Old City of Jerusalem spent the last three days struggling to contain increasingly violent riots in the compound as both Jordan and the United States ramped up their rhetoric against the Israeli government’s decision to enforce free access to the site by all faiths.

On Tuesday morning (Sept. 15) five police officers were injured while working to contain Arab riots on the Temple Mount for the third day in a row, the second day of the two-day Jewish holiday. Dozens of masked Palestinian Arabs hurled blocks of cement, rocks and live firecrackers at the security officers when they entered the Temple Mount compound. The violence is part of an ongoing attempt by Arabs to prevent Jews from accessing the site.


Police officers and firefighters encountered more violence in the afternoon while trying to extinguish a fire on Hagai Street in eastern Jerusalem. Arab residents of the neighborhood took the opportunity to hurl rocks and bottles at the firefighters and police officers who had responded to the emergency.

Dozens of Arab residents were also reportedly rioting in the Jerusalem neighborhood of Shiloah (Silwan) at 9:30 pm. At about the same time, Border Guard Police officers were fending off pipe bomb attacks by Arabs at the Qalandia checkpoint on the outskirts of the capital.

Also at about 9:30 pm, Arab residents shot fireworks at Jewish homes in the Jerusalem compound of Beit Orot. (About 90 minutes later, a frustrated Jewish resident in Beit Orot lost his patience and ramped up music from a speaker in the window of his home. Guess who the police decided to arrest?)

Arab terrorists hurled rocks at the Light Rail train as it traveled through the northern Jerusalem neighborhood of Shuafat at about 10 pm. None of the passengers were physically injured though several were traumatized and at least one car was damaged.

At 10:45 pm Tuesday night, just after the end of the holiday, an IDF soldier was hurt in a rock attack near the Samaria Jewish community of Har Bracha. The soldier was evacuated for treatment to Beilinson Medical Center in Petach Tikvah.

At the start of the holiday, Arab road terrorists murdered a Jewish Israeli motorist as he was driving with his wife and daughter late Sunday night (Sept. 13) in the southern Jerusalem neighborhood of Armon Hanatziv. The Arabs hurled rocks at his car, sending it careening it out of control on Rehov Asher Weiner, where it hit an electricity pole. Alexander Leiblovitch, 64, was subsequently pronounced dead at Hadassah Ein Kerem Medical Center in Jerusalem. His injured wife was admitted to the hospital and remained hospitalized in stable condition; their daughter was treated at the hospital and was released. 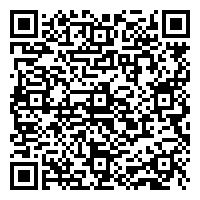