In order to extend the “peace” negotiations, the U.S. has offered to release Jonathan Pollard, the American convicted of espionage decades ago, in exchange for Israel’s release of the remaining convicted terrorists that had been part of the peace deal, plus hundreds of others, plus an agreement to freeze building homes for Jews, according to the Middle Eastern news outlet Al-Arabiya.

The Palestinian Arabs will agree not to do what they already agreed not to do: suspend their ongoing plans to join various UN bodies, including the Geneva Convention on the conduct of war and occupation.

Jonathan Pollard, a former U.S. army analyst, was sentenced to life in prison in 1987. At the time of his trial, Pollard entered a plea agreement with the U.S. government to admit to espionage, in exchange for a sentence that was not excessive. Instead, the U.S. government reneged on its end of the deal and sentenced Pollard to the harshest sentence ever given to anyone who passed secrets to an ally.

U.S. Secretary of State John Kerry had harshly criticized Israel, and tossed a few comments of “unhelpful” towards the Palestinian Arabs, regarding the breakdown in negotiations last week.

The original date set for the negotiations to culminate in an agreement was April 29. This new alleged deal is sure to extend that deadline.

Blinken to Abbas: US to Reopen Jerusalem Consulate and Provide Economic Aid to Palestinian Authority Arabs 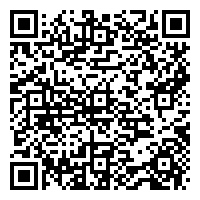