The president-elect of the British Veterinary Association called for a ban on slaughtering cattle without first stunning it, which in effect would outlaw traditional kosher slaughter.

In an interview with the Times, John Blackwell called for prohibiting kosher and halal slaughter because it causes pain to the animal for “five or six seconds,” according to reports.


“They will feel the massive injury of the tissues of the neck,” Blackwell said in the interview. “They will perceive the aspiration of blood. They will breathe in before they lose consciousness.”

Blackwell, who has been accused by religious leaders of “inflaming prejudice,” says animals must be stunned before the cut.

“We are looking for a meeting of minds to review the evidence base which clearly shows that slaughtering animals without stunning compromises welfare,” Blackwell told the Daily Mail. “If that can’t happen then I would like labelling at the point of sale that gives the consumer informed choice. If that is not possible we would be looking for a ban for killing without stunning.”

“There is no insensibility for these animals by cutting its throat and these remain conscious for seven seconds for sheep and two minutes for cattle and that is not acceptable,” he insisted. “As a vet and scientist welfare is top of our list.”

Jonathan Arkush, vice president of the Board of Deputies of British Jews, responded: “I really regret John Blackwell’s remarks, which are completely misleading. Animals that are killed for the Jewish or Muslim markets do not bleed to death. Animals that are killed for the general market or the Muslim and Jewish market are killed in exactly the same way. A large animal has its throat cut and this renders it insensible to pain and unconscious. The Jewish method is designed to bring that about instantly, and using tendentious language is not helpful.”

You’ll note that neither Blackwell nor Arkush are able to offer real evidence to their claims, other than observations from a safe distance. It is impossible to discern objectively whether the animal is experiencing pain or not as its life is fading, and certainly not whether the animal is experiencing the same level of pain throughout the process.

Shimon Cohen, the campaign director of Shechita UK, which aims to preserve kosher slaughter, or shechitah, said the initiative was a “dereliction of duty.”

“Of the countless pressing animal welfare issues that we are faced with today, he has chosen to focus on an issue which is not supported by scientific consensus and which affects a tiny minority of animals,” Cohen said in a statement.

“Animal welfare is at the heart of everything that we do. It is scandalous that, once again, in the context of such pervasive cruelty in so many abattoirs, that the BVA continue to single out faith communities for criticism.”

More than 6,000 animals are killed in religious abattoirs every week in Britain, according to the Mail. The halal meat market is believed to be worth up to an estimated £2billion.

Charities including Compassion in World Farming and the RSPCA also support the move to ban the slaughter of animals without stunning first.

Last week the Danish government was accused of being antisemitic for passing a law banning the religious slaughter of animals for halal and kosher meat.

The new law has been called antisemitic, the Mail reports, and “a clear interference in religious freedom.”

European Union regulations require animals be stunned before slaughter, unless an exemption can be found on religious grounds. Under Jewish law and halal under Islamic law, the animals must be conscious. 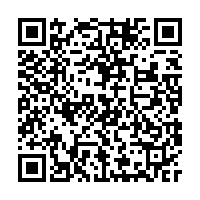