A Canadian-based business family is not waiting for a terror attack before tightening security: the Ghermezian Brothers have already taken measures to prevent an attack. The four brothers – Eskandar, Nader, Raphael and Bahman – own a construction and real estate empire in addition to the shopping malls developed by the family patriarch, Jacob Ghermezian, who died in 2000.

The preparations came in response to a call to jihad against “American and Jewish-owned” shopping malls made in a video by the Al Qaeda-linked Somali terrorist group al-Shabaab over the weekend.

The Jewish Iranian-Canadian family is known for having developed some of the world’s largest shopping malls, and is no stranger to the need for security; its West Edmonton Mall in Edmonton, Alberta, Canada has already put security measures into place to prevent an attack.

In Bloomington, Minnesota, the family’s Mall of America stands out as the largest shopping mall in the United States – which made it one of the top targets for al-Shabaab. The terror group even provided the coordinates for its “Muslim brethren” in the West to more easily be able to find the shopping mall, in order to be able to attack it. 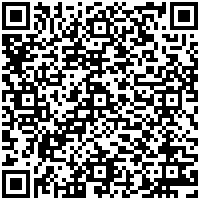