Chani Lifshitz, co-emissary at the Kathmandu Chabad House, spoke (in Hebrew) Saturday night after the Sabbath in a video message from Nepal, providing details of the growing crisis following two massive earthquakes, the first a 7.9-magnitude temblor that struck during Sabbath morning prayers. The second came as an aftershock, a 6.7-magnitude earthquake that was nearly as bad.

Thus far, nearly 2,500 people have died in the two earthquakes and the avalanches that resulted in Nepal — and as far away as India and China.


“The buildings in Nepal shook, the wind was blowing buildings like paper in the air. Houses are unsafe and the electricity is out,” Chani’s husband, Rabbi Chezki Lifshitz told Lubavitch.com. The Chabad-Lubavitch emissary to the country and his wife have become coordinators of a massive refugee/crisis center. “The sight is horrific —- many are walking around with open wounds,” Lifshitz told the website.

Meanwhile, his wife has maintained updates with the “outside” world and tried to keep up the spirits of Israeli families whose loved ones are still missing.

Lifshitz said volunteers at the Chabad House are trying to coordinate “all the Israelis who are here – there are several hundred of them” – including “a few who are injured.”

She said, “We are trying very hard to calm them down, many of them are sitting down in places outside the Chabad House, and inside are those who are injured. But outside it’s pretty safe, and we are still pulling together the lists of who has been found so far and who is still missing. We are trying to work as fast as we can to get to everyone, but even as we speak, the situation is still not entirely stable, and things have yet to settle down.

With a smile she added, “We hope to be able to report to you only good things. Up to this point, we are talking about several people with injuries who are on couches here in the Chabad house

Again, the main work at this point is to coordinate all the names of people who are in Kathmandu and those who are in the mountains, and with God’s help we will get to everyone.”

Dozens of Israelis are camping out in the courtyards around the Chabad House, the emissaries said in a post on their Facebook page. “We are trying to provide everyone with sleeping bags and blankets so they can stay warm at night,” the wrote. “We are asking all Israelis currently in Nepal not to sleep indoors tonight because we are still experiencing aftershocks and the buildings are not safe at this time.”

A special “Israeli Situation Room” has been set up on Facebook for families and friends of Israelis who are in Nepal and may have been caught in the earthquake and are still missing.

Although the page is in Hebrew, one can translate it into English on the Google Chrome browser by using the Translate function under Tools on the pull-down menu on the browser.

Another Facebook page has been set up — also in Hebrew — to provide real-time updates on people looking for and finding those still missing. For those involved in search and rescue efforts or who want to be in touch with those who are, click here. 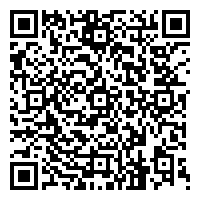