The Chabad-Lubavitch Chassidic movement did deliberately sent some volunteers to spend time in jails this Rosh HaShana — but that was in the United States. Chabad-Lubavitcher emissaries are sent to many places on their missions to bring the light of Torah to Jews in all corners of the globe.

But Rabbi Chezki Lifshitz, the Lubavitcher Rebbe’s emissary to Nepal had not planned to spend his Jewish new year in the Kathmandu prison. However, a mistake made by a clerk stamping his visa when Lifshitz last entered the country led to his arrest just before the start of the Rosh HaShanah holiday.


Instead of directing the prayer services and managing the massive holiday meals served to the hundreds of backpackers and tourists who pass through the Chabad Center, the Kathmandu emissary spent the first day and a half of the holiday behind bars.

His wife Chani Lifshitz, meanwhile, instantly reached out to World Chabad-Lubavitch Headquarters, who contacted the Israeli and U.S. foreign ministries.

Both in turn contacted the government of Nepal and exerted pressure to ensure the mistake was rectified in time for the emissary to be freed before the Sabbath began.

A team of volunteers, meanwhile, did what they could to fill in and run the prayer services and manage the meals – and suddenly discovered just how much work had been getting done by the Chabad-Lubavitch emissary without anyone ever realizing it!

The Kathmandu Chabad Center is responsible for producing the famed annual largest Passover seder in the world. 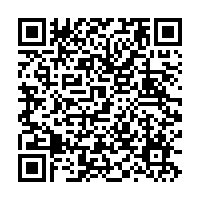