Le Pen then offered a concession: “Maybe they will do with just wearing a hat, but it would be a step in the effort to stamp out radical Islam in France.”


She did not say whether or not she supported the tradition of wearing one’s yarmulke underneath one’s hat, nor did she differentiate between a common baseball cap and, say, a Borsalino.

Colette Avital, a former Israeli Consul General in New York, former Labor MK and current Chair of the Center of Organizations of Holocaust Survivors in Israel, wasn’t buying any of it when she spoke to the European Jewish Press (EJP) this week. “There is a big difference between the ostentation of wearing a hijab and a kippah,” she said. “The kippah is much more similar to wearing a cross. Marine Le Pen will never ask her citizens to stop wearing that.”

“France defines itself as secular,” Avital explained. “It is agreed between all parties that they do not want any confusion between state and religion. When in France women began to wear the hijab, the parliament decreed a law that forbids wearing it. But there is a big difference between wearing a hijab and a kippah.”

Avital warned that “not only Jews should be worried about the rise of populism and extreme right parties in Europe, but the rest of the population, too. We all know the consequences of such a phenomenon.” 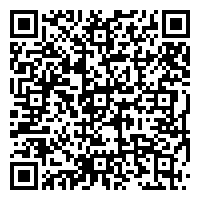