The IDF Appeals Committee in Judea and Samaria has ruled recently that the 2013 declaration of an area of some 55 acres in the vicinity of Kokhav Ya’akov, between Jerusalem and Ramallah, as state land is null and void, because the process of making the acquisition was improper, Ha’aretz reported Monday. The military panel was also critical of the lack of transparency in making the declaration public — meaning that it was being kept out of PA Arabs’ earshot.

The panel’s ruling on an appeal by NGO Yesh Din on behalf of alleged Arab land owners, is more a judicial recommendation to the IDF in the area than a compelling decision, but should the declaration of state land be appealed in the Israeli Supreme court — as it surely will be — the panel’s decision would influence the justices’ ruling.


The grounds for dismissing the government acquisition of the land has to do with its failure to adequately comply with Ottoman Law — a remnant of the Turkish government’s rule over these lands before 1918, which continues to be the law of the land; and will continue to be so as long as Israel fails to impose Israeli law on Area C, where Jews live.

Ottoman law says that a man can establish claim to his land if he can show that he has been tilling it for the previous ten years. The state tried to comply with the law by providing aerial photographs of the area from 1969, showing clearly that the land was not being cultivated.

However, the dissemination of lands to local Arabs by King Hussein, who ruled the area from 1949 to 1967, took place in 1961. So the panel ruled that the aerial photos proving the land was not being cultivated had to be from before 1961, and, according to the state, such photographs could not be found.

There are photographs from 1944 showing that some of the land was being tilled then.

The judges wrote that they were not convinced the state had made the full effort to discover those 1956 aerial photographs, and that without them the panel must rule that the situation back in 1944 continued uninterrupted through 1961. Of course, the decision to require a photograph from before 1961 assumes that when King Hussein handed over lands to the heads of local Arab clans (whom he viewed as a source of potential rebellion) — he had the right to give those lands away. But Hussein was never recognized universally as the sovereign of the “West Bank,” which was considered an occupied territory, along the 1949 armistice border with Israel.

Local residents of Kokhav Ya’akov say they have also purchased the land, but regardless of the ownership papers they would present to the high court, organizations like Yesh Din will rustle up a group of Arab claimants to the land, with papers freshly minted by the Palestinian Authority in Ramallah showing the land belongs to them. 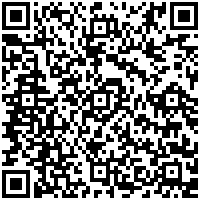