The Senate Foreign Relations Committee on Saturday announced it scheduled the hearing on David Friedman’s nomination to serve as President Donald Trump’s ambassador to Israel for Thursday, one day after Trump’s scheduled meeting with Israeli Prime Minister Benjamin Netanyahu at the White House.

On the eve of his meeting with the PM, President Trump told Netanyahu’s fan sheet, Israel Hayom, that the Jewish settlements in Judea and Samaria are an impediment to peace. The settlements “don’t help the process, I can say that,” Trump told Boaz Bismuth, the Israel Hayom foreign news editor. Bismuth had just reminded the president that “we heard from Washington this week that settlements are not an impediment to the peace process,” and Trump answered that they actually are, because “there is [only] so much land left. And every time you take land for settlements, there is less land left.”


Bismuth was quoting an earlier White House statement which said Israeli settlements are not “an impediment to peace” but “may not be helpful” to the peace process. Like it or not, the president’s response downgraded his view on the settlements from “not an impediment” to “impediment.”

The headlines that followed the Israel Hayom interview left no room for doubt: Trump is reversing his favorite view on Israel and the settlements, and that was on Thursday, before the Kushners went to their Shabbat services, leaving the Oval office in Steve Bannon’s hands. BBC News said: “Trump urges Israel to ‘act reasonably’ on settlements”; the Guardian: “Trump in apparent U-turn on Israeli settlement growth”; Jerusalem Post: “Trump warns Israel: Stop announcing new settlements”; Japan News: “Trump: Settlements bad for peace.”

Another clear point emanated from the Trump Israel Hyom interview: like so many of his predecessors, Trump covets the Nobel peace prize, and understands the path to the prize goes over the backs of Jewish settlers. “I want Israel to be reasonable with respect to peace,” the great negotiator stressed. “I want to see peace happen. It should happen. After all these years. … Maybe there is even a chance for a bigger peace than just Israel and the Palestinians. I would like to see a level of reasonableness of both parties, and I think we have a good chance of doing that.”

Incidentally, Netanyahu has also done his math regarding the settlers, at a time when rumors are increasing regarding the brewing indictments against him for corruption and bribe taking. It has been suggested that Israel’s Attorney General Avichai Mandelblit is planning to testify before the high court against the newly enacted settlements regulation law, a move that would make the AG the darling of the left and enable him to kill the prosecution’s indictments against Netanyahu.

However, in politics, as in all other aspects of human life, doing is far more meaningful than talking. So that the true test of President Trump’s approach to Israel and the settlements will be revealed Thursday, with the Friedman nomination to become US ambassador to Israel. David Friedman, who managed Trump’s investments in Atlantic City casinos as head of the New York bankruptcy law firm Kasowitz Benson Torres & Friedman LLP, is an unabashed, fully committed friend of the settlements. He is also a sworn enemy of the Jewish left in America, whom he called “kapos.”

Friedman left no doubt as to his approach to US interests in the Middle east with his statement following the announcement of his nomination: “I am deeply honored and humbled by the confidence placed in me by President-elect Trump to represent the United States as its Ambassador to Israel,” he said. “I intend to work tirelessly to strengthen the unbreakable bond between our two countries and advance the cause of peace within the region, and look forward to doing this from the U.S. embassy in Israel’s eternal capital, Jerusalem.”

Obviously, Friedman’s nomination has been met with a rich tapestry of scorn from the left and even the center of left, in the Jewish community and elsewhere. There’s little doubt the nominee will receive the full support of the Republican Senate – but will Friedman still be the nominee come Thursday? Will President Trump signal his retreat to the Obama line on Israeli-Palestinian peace by replacing him with someone less pro-Israel?

The Republican Jewish Coalition has sounded the alarm Saturday with a mailing that warned: “The radical anti-Israel group J Street is starting to raise money from their far-left, big-money donors in order to oppose David Friedman, Donald Trump’s nominee to be U.S. Ambassador to Israel. Dishonoring a man who is renowned for his sterling legal career, business acumen, and long-standing, pro-Israel beliefs, while disrupting this crucial nomination, is disgraceful.”

As alarm go, this one shied away from naming the president himself as the source of potential trouble regarding the nomination, attacking the usual suspects instead. As things stand today, Friedman is still the White House choice for the job. Now we count the days until the Senate vote, or until a sudden withdrawal by the nominee, for “personal reasons.” 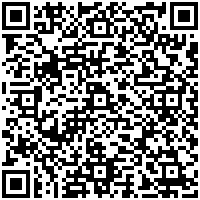