UN Secretary-General António Guterres has offered former Israeli Justice Minister, MK Tzipi Livni (Zionist Camp) to serve as one of his deputies, Yediot Aharonot reported Sunday morning. Should she accept the offer, Livni would be the first Israeli to serve in this capacity. According to the Yediot report, the Livni offer was made as part of a bargain with the US, which would reverse its objection to the appointment of former PA Prime Minister Salam Fayyad to be the UN envoy to Libya.

US envoy at the UN, Nikki Haley, said in a statement on Friday that “for too long the UN has been unfairly biased in favor of the Palestinian Authority to the detriment of our allies in Israel,” adding that “the United States does not currently recognize a Palestinian state or support the signal this appointment would send within the United Nations.” Therefore, “Going forward, the United States will act, not just talk, in support of our allies.”


Livni’s office denied the connection between the MK’s appointment and Fayyad’s, suggesting the offer to Livni had been made close to two weeks ago. A few days ago the Secretary General said that Israel is under-represented at the UN. Livni’s circle pointed out that while the Fayyad nomination requires the consent of the UN Security Council, Livni’s offered post requires no one’s consent, including Prime Minister Netanyahu’s.

Israeli Sovereignty Is Being Tested by Extortion and Threats 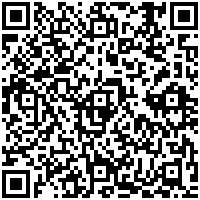