Defense Minister Avigdor Liberman has approved the construction of a new children’s hospital for the Arab community in the Palestinian Authority-controlled city of Bethlehem, according to a report published by Haaretz.

Under the plan, the new medical center would be built near Beit Sahour in the northwestern section of Gush Etzion in Area C — an area under the complete legal and security control of the State of Israel. It would be built with funds donated by international organizations, including groups in the United States.

Although Liberman was quoted by Haaretz as saying the move is part of a plan to fight terrorism he revealed in August, it will still require the approval of the Civil Administration and will have to go through the regular planning process steps undertaken by all other building projects.

Israel has been forced to create a massive security infrastructure to keep visiting worshipers safe at the Tomb of the Biblical Matriarch Rachel, located at the entrance to Bethlehem, on the outskirts of Jerusalem, including the establishment of a military outpost at the site.

The checkpoint established there is staffed on either side by Israeli security personnel and by Palestinian Authority special police as well. Israelis are not allowed to enter Bethlehem. 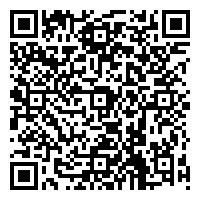