Security personnel for the Egypt Football Association have uncovered a plot to attack 61-year-old Avram Grant, the Israeli coach of the Ghana national soccer team, when the team arrives in Alexandria for a November 13 FIFA World Cup qualifier.

The match is to be played between Ghana and Egypt, but Egyptian fans are already expressing their displeasure that Grant is scheduled to enter the country with his team. Ghanian media quoted Egyptian sources on Sunday as saying the Egypt Football Association received threats from extremist fans who planned to harass and abuse Grant upon his arrival at the airport, and from that point on, until his departure from Egypt.


“They plan to hurt him and chant at him,” an Egypt Football Association source told the “Sports Obama” website in Ghana. “People don’t want him around.”

The Israeli coach had warned the international association earlier that Alexandria might not be a safe city in which to hold the match, and called on FIFA to relocate the game to a safer place.

Grant also holds Polish citizenship. He became the manager of the Ghana national soccer team at the end of 2014 after a long career that began in 1972 at the age of 18. 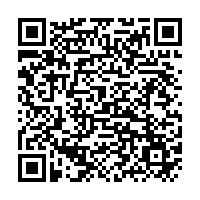