On Wednesday night, Police Commissioner Ronnie Alshich and Internal Security Minister Gilad Erdan (Likud) met with security officials to evaluate suspicions that some of the fires that have been raging throughout Israel this week were the caused by arson. The debate resulted in a decision to increase police presence significantly in open areas near towns and villages, utilizing Border Guard forces. According to police, spreading law enforcement officers outside civilian enclaves will deter arson and enable quick detection of newly set fires.

Education Minister Naftali Bennett (Habayit Hayehudi) twitted on Wednesday: “Only someone this country doesn’t belong to is capable of burning it.” Earlier, MK Anat Berko (Likud) noted in her Facebook page that the anti-terrorism law imposes enhanced sentencing for nationalistic arson.

One of the suspicious fires this week has been the worst of them, in the town of Zichron Yaakov on Mt. Carmel, were some 200 firefighters, including ten planes, finally managed to bring the multiple fires under control “completely and officially” Wednesday night. Twelve homes sustained severe damage, in a fire that lasted four days and was fanned by unusually strong winds.

In Nataf, a communal village in the Judean Mountains, twelve miles west of Jerusalem and just west of the “green line,” four construction workers were arrested Wednesday for suspicion of negligence that caused a major fire. The four, who’ve been paving a road near Nataf, allegedly started a campfire at night, which spread to the community nearby.

The current count is of 220 separate fires, 189 of them in open areas. Officials estimate that new fires will start on Thursday as well, due to the unusual weather. Israel has approached foreign countries for help in sending firefighting planes and so far received a positive response from Italy, Greece, Cyprus and Romania.

In Haifa, a fire has been spreading toward cars and buildings on Thursday. The fire in Nataf is getting stronger and has reached nearby Neve Ilan. On Thursday morning a new forest fire erupted near the Arab city of Umm al-Fahm, and local residents are preparing to evacuate. Route 443 from the Tel Aviv area to Jerusalem has been blocked at Modi’in, in the wake of a fire and was reopened a short time later. Sixty families who have been evacuated from the community of Talmon in Binyamin were allowed to return to their homes after the fire there had been brought under control. In Gilon, a communal settlement in west of Karmiel in northern Israel that has been evacuated, firefighters reached partial control over the fire. And the fire at an evacuated IDF outpost outside Naveh Yair was brought under control. A soldier is suspected of causing that fire by throwing a burning cigarette on the ground. 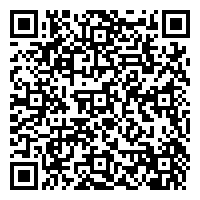