by Andrew Friedman Jerusalem Police said Wednesday they arrested four employees of a contractor working on a road near the Nataf community.

The men are suspected of igniting a bonfire that got out of control and ignited the blaze that currently threatens the community. It is not clear whether the original fire was an intentional act of arson or a careless mistake.

Dr. Shay Levy, an Ecology, Natural Resources & Environmental Management expert at the University of Haifa reiterated the likelihood that the fire was caused by human actions. Levy said the fire ban is consistent with measures taken in other countries with high fire risk.

“In some American states, you can get a $1,000 fine just for striking a match outside on a fire ban day,”’ Levy said.

“The problem is that the regulations are hard to enforce, mainly because the nature of bonfires and picnic barbecues is that they are held away from city streets and urban areas.

“In order to catch offenders before a large fire begins, police would have to put these areas on their patrol beats — something that isn’t necessarily so easy, given their usual duties, or something they are really interested to do,” Levy said.

According to the preliminary findings of the Fire and Rescue Jerusalem Investigating Unit, the current lead is that the fire from Nataf was initiated following a bonfire lit by workmen in the area of the Wind Mountain in Neve Ilan, which corroborates with the findings of the police.

The Acting Commissioner for Fire and Rescue had previously issued an order forbidding the lighting of fires in open areas. As a result, the suspects could be sentenced to six months in jail. The investigation was transferred to the Legal Division of the Jerusalem Fire and Rescue in cooperation with the Israel Police. 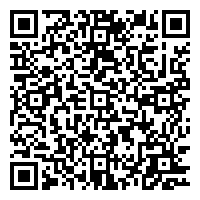