In a society where a land owner is sentenced to death for selling his property as he chooses, it is no surprise to find other freedoms lacking as well. But when the latest poll says as many as two-thirds of the population led by the Ramallah-based Palestinian Authority government fear criticizing their leader, Mahmoud Abbas, one has to wonder.

The latest approval rating for Abbas was just 35 percent, according to analysts quoted by the Associated Press.


Given those numbers, do the actions taken by the PA leadership – and more to the point, Abbas himself – truly represent the sentiment of the PA population? And if not, can the international community really trust anything said by Mahmoud Abbas?

Today (Wednesday, Dec. 17) Jordan will present a draft resolution to the United Nations Security Council on behalf of the PA, demanding that Israel withdraw from all territories conquered in 1967 by November 2016, and the world body recognize the PA as a new independent sovereign country.

Mind you, the PA “unity government” is comprised of a covert terror organization (Fatah) and an outright terror organization (Hamas) that is still listed as such by the United States, at least, even though the European Union wimped out this week and removed it from its own list of terror groups.

In reality, the PA is ruled by two separate governments — those of Fatah and Hamas — in two completely separate regions — Judea & Samaria and Gaza. Each is completely different and separated from each other geographically and ideologically. It is true, however, they are similar in that each is ruled by its leader with an iron fist. But despite their “unity” each of the rulers is unable to enter each other’s territory without risk to life and limb, even with a bodyguard and a full security team. This chaotic administrative nightmare is supposed to be recognized by the world body as one single independent sovereign country.

Let’s pretend all that is not important anyway.

It is a real stretch to believe the resolution will pass and all will happen as Abbas so fervently fantasizes, but for a brief moment in time, let us imagine it does. Who will provide security to the people of the Palestinian Authority — the actual farmers, the merchants, the simple people of the street, and their children? The PA paramilitary police? Really?

Until this point, it is the Israeli army that has helped PA security personnel “keep the peace” in areas under their control. Without the IDF terrorists would have long ago overwhelmed those understaffed forces working for Abbas. Hamas would have controlled those areas of Judea and Samaria, as it does in Gaza. Let us be realistic, ladies and gentlemen, and while we are it, let us also acknowledge the truth about so-called “freedom” under Mahmoud Abbas. There is good reason so many PA Arabs are trying desperately to secure work permits for jobs in pre-1967 Israel. They also marry Negev Bedouin or Jerusalem Arabs with blue Israeli identity cards so they can stay there under “family unity” regulations.

Very few Arabs pressure Israel to move that security barrier anywhere that would place their own homes within legislative reach of the Palestinian Authority.

Last month Abbas jailed two leaders of the PA’s largest labor union for organizing strikes. His security agents monitor social media and threaten those who criticize the PA leader. Fatah continues its purge of Hamas members in Judea and Samaria in a manner reminiscent of that carried out in 2007 by Hamas in Gaza.

Abbas has ditched the electoral process – now five years overdue – in order to remain at the helm, allegedly to prevent Hamas from seizing power in Ramallah. But the 79-year-old leader has also fired every PA prime minister or security chief that showed the potential for replacing him, including Salam Fayyad and Mohammed Dahlan. Both had positive relations with the West.

Now the PA faces the ultimate test in the UN, where Abbas has climbed to the top of the highest international tree possible. If he fails to secure a winning vote Wednesday, even membership in hundreds of international agencies, treaties and organizations will not help him as he tumbles.

His own people will finish him off for his short-sighted strategy of building their expectations towards an ultimate all-or-nothing scenario. 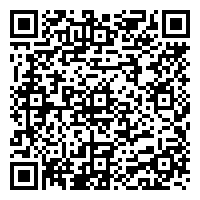