Heads of the Regional Councils in the Gaza Belt area are warning residents who fled their districts not to come home yet, despite the ‘open-ended’ cease-fire between Israel and Gaza terrorists that started Tuesday night.

“I will tell residents to come back only when I feel there is a true cease-fire, and not before.”

Few, if any Israelis have any faith that Hamas and other Gaza terrorist groups will keep their end of the open-ended Egyptian-brokered cease-fire deal that went into effect Tuesday at 7 pm.

“No one believes in this cease fire,” one person told a reporter in an ‘on the street’ interview by Army Radio. “It will continue and they will use it to re-arm,” the unnamed civilian said. “Half a year and we will be back at the same thing all over again.”

Just before 7 pm and up to nine minutes after the cease-fire was already supposed to have been underway, Gaza terrorists fired more than a dozen mortar shells at the Eshkol Regional Council district. One Israeli civilian was killed and seven others were wounded, including two who were taken to Be’er Sheva’s Soroka Medical Center in critical condition.

Some 70 percent of the area’s residents have been internally displaced by the lethal rocket and mortar fire directed at their homes. A number of them left on Monday, after a weekend of grieving over the death of 4-year-old Daniel Tragerman, who was killed at his home in Kibbutz Nahal Oz by flying shrapnel in an attack last Friday. 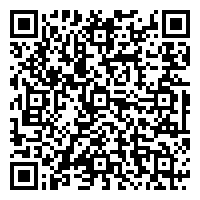