Mahmoud Abbas has announced that Hamas has begin a cease-fire at 7 p.m., and Prime Minister Netanyahu told a somewhat upset Cabinet that he has agreed.

Massive rocket fire continued up until the beginning of the open-ended truce and even fifteen minutes afterwards.


Both Abbas, chairman of of the Palestinian Authority in Ramallah, and Ismail Haniyeh, his unofficial but de facto partner in Gaza, said Tuesday afternoon that Hamas was about to announce a long-term truce, but Khaled Mashaal, Hamas’s supreme authority who rejected or quickly broke previous ceasefire, has been mum.

Israel’s defensive stance, or secret negotiations behind the human shield of southern Israelis, left it without much choice other than to agree to the cease-fire since Netanyahu, par for the course, did not stick to his word that there would be no cease-fire without disarming Hamas.

Hamas has claimed “victory,” and the massive rocket fire immediately before and after Abbas’ announcement was a Hamas ploy to show Arabs how it can pummel Israel at will and then force the Netanyahu government to accept a cease-fire.

The agreement does not mention anything about dis-arming Hamas except to leave it for “negotiations” in a month.

We’ve been in this movie before, and if this cease-fire ploy is a re-run of broken promises, it won’t last long.

If it does, time will tell if it is nonsense anyway.

History has proven that is the case, but if  U.S. Secretary of State John Kerry and of the other self-appointed saviors of the Middle East jump on the a truce as a catalyst for more peace talks, meaning surrender by Israel, the  cease-fire could hold long enough until Abbas and his true peace partner Hamas stop getting what he wants.

If it does,  it’s rocket time again. 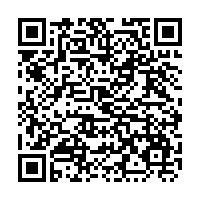