UPDATE:There is now confusion emanating from the area surrounding the HD-1 Stadium in Hanover, Germany. Some reports are now contradicting earlier police reports that there were explosives found in a vehicle outside of the stadium, while there are also reports now that suspicious objects were found near the stadium in a Hannover train station. Updates will continue as additional information is made public.

Authorities discovered explosives hidden in a vehicle disguised as an ambulance outside of a German soccer stadium, just four days after the ISIS terrorist attacks on Friday, Nov. 13.


Just two hours before a friendly match between the German national soccer team and its Dutch counterpart was to begin on Tuesday, Nov. 17, a message went out over the loudspeakers to early arrivals: “Please immediately make your way home. There is no reason for you to stay here any longer.”

Police evacuated the HD-1 stadium and surrounding area because of the receipt of what the local police chief told a German television station was “a concrete threat” against the whole city of Hannover, where the stadium is located.

There had already been a scare at the stadium before the evacuation decision was made, when a suspicious object was observed. That object turned out not to be problematic, but just a short while later the decision to call of the match and evacuate the stadium was made.

German Chancellor Angela Merkel and other members of her government had planned to attend the event, at least in part to send a signal that they would not be cowed by terrorism. That firm resolve, however, evaporated in light of what authorities said was a serious tip that an explosive attack was planned for the stadium.

Police discovered a truck full of explosives, disguised as a rescue vehicle, just outside the stadium.

One of the targets of Friday’s terrorist attacks in Paris was a German-French exhibition game. No one inside the stadium was harmed, but three terrorists blew themselves up outside the stadium, killing one civilian. More than 129 victims were killed and several hundred more were wounded during the attacks on Friday.

Yet another friendly match scheduled between Spain and Brussels set to take place in Belgium on Tuesday was also cancelled for security reasons.

On Monday, Belgian officials cancelled another friendly set for Tuesday, Belgium’s home game against Spain in Brussels, because of security concerns.

A friendly match between England and France, at Wembley Stadium in England, went forward as scheduled on Tuesday evening, local time. 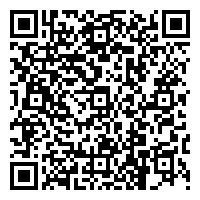