Rabbi Shlomo Pappenheim, chairman of Ha’edah Hacharedit, an anti-Zionist faction in the Haredi public in Israel, estimated at between 50 and 100 thousand followers, surprised many on Tuesday when he called on Chassidim to give up their animal-fur traditional shtreimel hats and switch to synthetic fur.

In a conference of animal rights activists, Rabbi Pappenheim, a Yeke (German Jew) who is well respected within the Haredi world, said that the shtreimels are made with disregard to the law prohibiting the causing of needless pain to animals (tza’ar ba’alei chayim).


The shtreimel is a fur hat worn on Shabbat and holidays by Haredi men, especially Chassidim, after they get married. In Jerusalem, the shtreimel is also worn by “Yerushalmi Jews,” members of the original Ashkenazi community of Jerusalem—from their bar-mitzvah on.

The shtreimel is made from the tips of the tail of sable, mink, marten (weasels), or fox, costing anywhere from one to five thousand dollars–since it takes about 30 animals to make one shtreimel. The synthetic fur shtreimel is more common in Israel than elsewhere.

According to the website RespectForAnimals.com, the fur animals are raised in rows of small cages (2 ft. long by 1 ft. wide and 1 ft. high) and are fed with dollops of paste placed on the top of the cage. Water is supplied by hose and nipple.

Slaughter methods of these animals include gassing (using vehicle exhaust), neck breaking, lethal injection and electrocution (using electrodes clamped in the mouth and inserted in the rectum).

Rabbi Pappenheim said that because of the wide public discussion of the need to stop needless pain to animals, wearing a shtreimel today constitutes Chilul Hashem – desecration of God’s name.

“We live in an era in which people are more stringent and they make a lot of noise about tza’ar ba’alei chayim. So we must stop this custom of hurting animals,” he sais, according to Ma’ariv.

He told his listeners that when his own children wanted to buy him a new shtreimel, he insisted: “I told them, only synthetic.”

Attorney Yossi Wolfson of the NGO Let Animals Live, and one of the founders of Anonymous for Anila Rights, and Dr. Yael Shemesh of the Bible Studies Dept. at Bar Ilan University.

Despite his support for the synthetic shtreimel, Rabbi Shlomo Pappenheim objected to the idea of legislation to promote its use. “I believe in evolution, not revolution,” he said. we should get to a point where people would be ashamed to wear anything but a synthetic shtreimel.”

Schein said Haredi Jews should be at the forefront of animal rights issues, together with secular Israelis.

Israeli Haredi journalist Israel Gelis, who has written extensively on the shtreimel (it began as an attempt by the gentiles to humiliate Jews, which we turned into a badge of honor) told The Jewish Press that the only driving force that could cause a Haredi man to opt for a synthetic shtreimel is its cost: they sell in Israel for about $600. 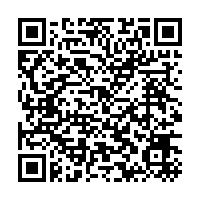