Individuals identifying themselves as part of ALF (Animal Liberation Front) on Tuesday broke into the Lion Farms USA mink farm in Hoaglin Township near the Indiana border, 150 miles north of Cincinnati, and opened the cages that held between 25,000 to 40,000 minks. According to police, farm employees managed to round up most of the animals, but 10,000 of the furry things, which are notorious for their hunting skills and cruelty, are still unaccounted for.

As soon as I came across this story, I thought: Shtreimels on the loose! According to the Internet, a shtreimel is a fur hat worn by some Ashkenazi Jewish men, mainly members of Hasidic Judaism, on Shabbat and Jewish holidays, and other festive occasions. Also according to the Internet, each shtreimel may be made of up to 30 sables, minks, martens, or foxes, although the most favored fur is sable, which, like minks and martens, is a small omnivorous mammal.

Police know the perpetrators were affiliated with the Animal Liberation Front because the words “ALF We’ll be back” were spray-painted on the farm’s sidewall.

The North American Animal Liberation Press Office issued a statement saying it had not received confirmation that this was done by one of their affiliates but explained that “as the pelting season grows to a close, these animals were slated for certain death by anal electrocution, gassing or clubbing within the next few weeks, at the age of around seven months, when it is most profitable for their ‘owners’ to kill them. Despite being caged for their entire short and brutish lives, captive mink remain genetically wild, and have been proven capable of survival in the wild by the time they are several months old.”

ALF added: “Captive, now free and wild mink disperse quickly and are semi-aquatic animals who have no desire to be anywhere near humans and their ‘livestock’ or pets. There may be some minimal impact on the local ecosystems temporarily while the animals disperse and learn their way around, but no habitats are decimated or overrun, or rendered free of other small animals. And no, the animals do not kill wantonly and more than they need to survive, as one commentator had the audacity to suggest. FALSE!”

Sheriff Thomas Riggenbach of Van Wert County told the NY Times: “I don’t know that there is a significant threat to people, per se,” but he noted that they could attack other small animals and livestock. “I don’t want to encourage people to approach them and try to capture them on their own.” 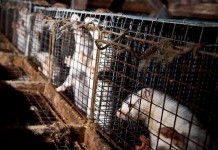 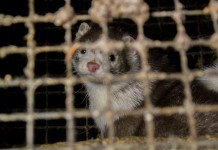 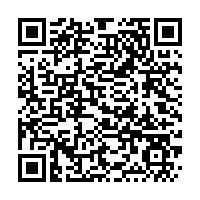