The order will be carried out unless the government agrees to pay for the refugees’ treatment, he said. The hospitals in northern Israel were to receive funding from the government, but have not yet received the promised monies.


Litzman said earlier in the month that Israeli hospitals can no longer afford to treat Syrian refugees, even though the government has ordered them to do so.

Dr. Orly Weinstein, director of the division of Government Medical Centers at the Health Ministry, sent a letter to the Prime Minister’s Office, demanding the government transfer the funds that were pledged to support treatment for the refugees.

She wrote that while the humanitarian factor was important, nevertheless it remains essential to pay for the services in order to be able to continue providing medical care for Israelis as well since the hospitals cannot support the effort alone.

“As you know, for the past four years, the government medical centers in the northern part of the country have been treating thousands of Syrian patients who were brought to them by the security forces…

“This is why I plan to inform the security forces that starting March 5 and until this issue is resolved, no more Syrian refugees will be transferred to the government hospitals unless the patient is in immediate mortal danger,” she wrote. 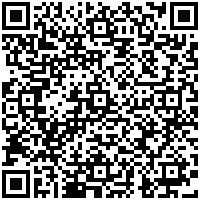