The heirs of Jewish art dealer Alfred Flechtheim have sued the German state of Bavaria in US court over eight paintings by Max Beckmann, Paul Klee and Juan Gris, which they claim were sold under duress in Nazi Germany, The Art Newspaper reported Wednesday.

Flechtheim was one of the most prominent dealers in contemporary art at the time, and as the owner of a contemporary art magazine became a popular example of decadence for the Nazi propaganda. In 1933, Nazi thugs broke up a Flechtheim auction, and shortly thereafter a Nazi art dealer named Alexander Vömel confiscated Flechtheim’s gallery in Düsseldorf. The Nazis “aryanized” Flechtheim’s private collection as well as the contents of his gallery. He fled to London soon after Hitler had seized power and died in exile in 1937.


The eight paintings in question, with an estimated shared value of $20 million, are now in the possession of the Bavarian State Paintings Collection, which claims that Flechtheim sold the paintings in question legally. The late art dealer’s heirs argue that all eight works were sold after 1933, and under duress. They accuse Bavaria and the German government of withholding estate documents of Nazi art dealer Hildebrand Gurlitt which could help clarify the paintings’ status.

Flechtheim’s great-nephew Mike Hulton, from California, accuses the Bavarian authorities of refusing to listen and to talk to the heirs, which “leaves us with no other option but to go to court here. It is past time for Bavaria to do the right thing.”

The Limbach Commission, a panel set up by the German government in compliance with the 1998 Washington Principles on returning Nazi-looted art in public collections, has already issued a recommendation against returning another painting by Gris that used to hang in Flechtheim’s Berlin apartment and today hangs in a Düsseldorf museum, ruling that the sale of the painting in London in 1934 was not a result of Nazi persecution. 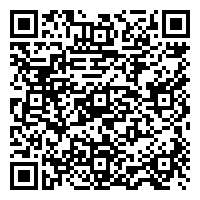