As the Syrian “revolution” continues to unravel, there is conspicuously little talk about “Palestine.” More precisely, despite the recurrent mantra of alleged Palestinian centrality to a comprehensive Middle East peace – an avalanche of warnings to Israel that has been repeated, endlessly, as if it were some sort of religious incantation – the world now understands differently. Finally, it is plain to see, all such allegations of Palestinian state primacy had been contrived. Utterly contrived.

These allegations had always represented a very carefully engineered lie. Nothing more.


Sometimes, even in the Middle East, truth does eventually emerge intact. Now more than ever it is apparent – incontestable, in fact – that the Arab/Islamic world has long been preparing to destroy itself. Now more than ever, it is abundantly clear that Israel is not, and has never been, the problem.

There are several additional ironies to the blighted history of blaming Israel, most of them dealing with Israel’s disproportionate contributions to science, technology, education, and medicine. In this connection, as thousands of Syrians are presently being torn, mangled, and burned at the bloodied hands of other Syrians, they are getting treatment, in substantially increasing numbers, at Israeli hospitals. There, Jewish doctors, entirely without any sort of compensation, are capably and compassionately healing the grievous wounds of Arabs brutalized by other Arabs. The enormous bill for such medical services is being borne, without complaint, by the overburdened Israeli taxpayer.

In Israel, rendering such pro bono medical assistance to Arabs is not unprecedented. Indeed, on many occasions Israeli doctors have ministered not only to large numbers of Palestinian civilians but also to Palestinian terrorists, sometimes even immediately after these aspiring heroes and “martyrs” had committed unspeakably barbarous attacks upon Israeli schools, buses, and restaurants. On occasion, upon learning that their lives had been saved by Jewish physicians, they energetically spat at the ministering doctors and nurses.

Accounts of such grotesque behavior are only too well known among Israeli health professionals. I have heard them myself, directly from several physician friends in Hadera, Haifa, and Jerusalem.

What are the noteworthy connections between Syria and “Palestine”? In essence, what is currently taking place in Syria closely resembles what we can ultimately expect in “Palestine.” There exists, in these two intersecting regional catastrophes (one already underway, the other aspirational and still impending), a common reflection of irremediable fragmentations in the Arab world and propensities for violence and cruelty.

In a Palestinian state – in any Palestinian state – the internecine rivalries now so starkly evident in Syria could be quickly replicated, or even exceeded, by what would be ignited between Hamas, Fatah, and assorted other splinter terror factions. Significantly, some of these Palestinian factions, especially the Popular Front for the Liberation of Palestine (PFLP) and the Popular Front for the Liberation of Palestine-General Command (PFLP-GC) are headquartered in Syria.

As I have indicated before on these pages, once a 23rd Arab state is carved out of Israel, rocket bombardments upon Israeli cities from Gaza would be augmented by multiple, coordinated missile assaults from Lebanon. Sunni Hamas and Shiite Hizbullah would gleefully collaborate in any joint war against “The Jews.” At the same time, Fatah could fall under attack from some of its Sunni “partners” in Palestine.

This is to say nothing about what can still be expected in Iran (which regards Syria’s al-Assad as a Persian satrap) and, perhaps more urgently, from Iran.

Israel, a country half the size of Lake Michigan, one that renders massive humanitarian aid to others, even in parts of North and South America, has had absolutely nothing to do with causing persistent Middle Eastern conflict, repression, and squalor.

Even if Israel had never been formally re-established in 1948, these disabling and interactive conditions would likely still be ubiquitous and full-blown. Nonetheless, although Washington fully understands the long and scandalous history of scapegoating Israel, President Obama remains stubbornly committed to the so-called “Road Map.” 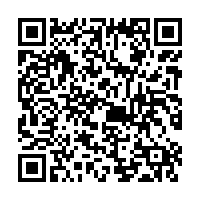