The government of Jordan has issued a statement confirming that a video uploaded by the Islamic State in Iraq and Syria (ISIS) shows the execution of captive Jordanian pilot Muath al-Kasaesbeh, held hostage by the group since December 2014.

The 26-year-old pilot was burned to death in a metal cage by the group on January 3 — five weeks ago. He is seen in the video wearing the typical orange jumpsuit of the ISIS prisoners and a trail of gasoline is poured in a trail leading up to the cage, and then set alight. The video is entitled “Healing the Believers’ Chests.”


The date of the execution explains why the group was unable to provide the Jordanian government with any signs of life from the pilot in negotiations for a prisoner swap. It also explains why he was not seen in the execution videos involving the two Japanese captives, both of whom are now dead. A video of the second beheading was posted to the Internet just three days ago.

“This is just one more indication of the viciousness and barbarity of this organization, U.S. President Barack Obama said in a statement within the hour after news of the murder was announced, “should the authenticity be confirmed.”

Jordan had warned yesterday (Monday, Feb. 2) that if the ‘hero’ Kasaesbeh came to any harm, Amman would “quickly judge and sentence” all those being held on suspicion of membership in ISIS. Last week Jordan also vowed to “fast-track” the execution of the Iraqi Al Qaeda suicide bomber being held on death row that was to be swapped for the pilot, if he was killed.

King Abdullah’s father, the late King Hussein, declared military rule and slaughtered more than 7,000 Palestinians on September 16, 1970, in response to an attempt by Palestinian Arab fedayeen to seize his kingdom. Thousands of other Palestinians were expelled as well.

The Hashemite monarch is the oldest son of King Hussein, who was said to be a direct descendant of the founder of Islam, the 6th century prophet Muhammad. The family is Bedouin, as is the rest of the extended royal family and those who support the monarchy in Jordan.

In Bedouin culture, those who create an enemy in a blood feud, as has ISIS with Jordan, create an enemy “unto the seventh generation.” The concept of “an eye for an eye” applies, sometimes with added murders for good measure. Such feuds between individuals and extended families or other parties can continue for decades.

It is the practice of the local Council of Sheikhs to attempt to work out a “sulhah” — a peace deal — between the parties involved, in order to avoid excess and ongoing bloodshed between communities. In this case, however, such a tradition is not relevant.

It remains to be seen whether Abdullah II has the courage of his father and the fortitude to carry out the threat he has made.

Kasazbeh’s warplane was allegedly shot down over Raqqa, Syria. Photos of the pilot being dragged half-naked from a lake were flashed around the Internet by ISIS at the time. Other sources also later reported the pilot’s jet crashed in northeastern Syria during a U.S.-led coalition bombing mission against ISIS.

The terror group demanded that Jordan free female Iraqi Al Qaeda suicide bomber Sajida al-Rishawi, who is imprisoned in Jordan on death row for her involvement in a suicide bombing attack that killed 60 people in 2005. Her own explosives vest failed to detonate, and she was captured.

Jordan last week agreed in negotiations with the terrorist group to swap Rishawi for Kasaesbeh, but insisted the group provide proof the pilot was still alive. When Japanese journalist Kenji Goto was murdered last Friday, the execution video did not show the Jordanian pilot as the customary “next victim,” leading the Jordanians to question whether Kasaesbeh was still alive.

Nevertheless, the Hashemite Kingdom said Sunday, “We are still ready to hand over the convict Sajida al-Rishawi in return for the return of our son and our hero,” Reuters reported, despite the beheadings of both Japanese hostages with whom the pilot had allegedly been held. There were also ongoing protests in Karak, the hometown of the pilot, who was from an important Jordanian tribe that forms the main pillar of support for the Hashemite monarch.

Japan’s Prime Minister Shinzo Abe called King Abdullah II over the weekend to thank him for his efforts in trying to secure the release of the Japanese hostage, “who was killed in cold blood and without any justification,” a palace statement revealed. 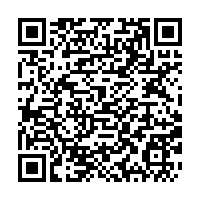