Hours before a scheduled meeting between Israeli Prime Minister Benjamin Netanyahu and President Obama in Washington Monday, Israel’s Central Bureau of Statistics released the figures on Jewish housing starts in Judea and Samaria for 2013 and they show a stunning, 123% rise compared to the year before.

The same data shows a 19 percent drop in housing starts in the Tel Aviv area.

The total number of housing starts throughout Israel rose 3.4 percent in 2013 compared to 2012, according to the CBS.

It took until 2013 for many new housing tenders to be issued for Judea and Samaria settlements, according to the Jerusalem Post.

The 19% drop in housing starts in Tel Aviv appears dramatic when juxtaposed with the rest of the country.

And now for a word from our friend at Peace Now Yariv Oppenheimer who issued a statement saying that at this rate of growth there’ll be no room left for a Palestinian State.

The other friendly NGO, the “Geneva Initiative,” faulted Netanyahu for creating a one-state solution through his action, and warned that in such a state the Jews would be in the minority.

No they won’t, just check birth rate figures for Jews (on the rise) and for Judea and Samaria Arabs (on the decline since 2005).

Some JTA content was used in this report, but we had to replace all the “west bank” references with the proper “Judea and Samaria.” 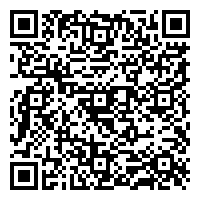