And Obama said he believes Palestinian Authority Chairman Mahmoud Abbas “is sincere about his willingness to recognize Israel and its right to exist.”

See, I would have wanted my president (I voted for him in 2008) to say something along the lines of: Netanyahu and Abbas are both sincere and willing to recognize each other’s right to exist.

Alternatively, I would have accepted my president’s urging both Netanyahu and Abbas to seize the moment because time is running out—I don’t think time is running anywhere, but at least it should be running an equal distance for both sides.

I haven’t seen two consecutive American administrations—Bush 2 and Obama—bring so much violence and suffering to a region since the Johnson and Nixon administrations collaborated to decimate South East Asia. I’ve learned to always expect the worst possible reaction from my current president: he has botched Iraq, Afghanistan, Egypt, Syria, Turkey, Iran. He will now reek havoc on both Israel and the Palestinians. It’s his default setting. Because he is a new breed of American politician: the intellectual non-thinker.

Permit me an aside: I heard Secretary of State John Kerry rebuking Russian President Vladimir Putin for invading another country based on made up allegations, and I was thinking, wait a minute, name Iraq and name WMD don’t sound familiar to you?

But enough about self righteous politicians—except, of course, that watching how America is defending the Ukraine from being molested by the bear next door does make one think about American security guarantees and in what anatomic context they could fit best.

I spent my morning reading through the interview transcript which Goldberg generously deposited online for the rest of us to dig into. I’ll try to quote lavishly without breaking copyright rules and Internet etiquette. Do go online to read the full thing—it’ll serve us all as a baseline in examining the coming Obama-Bibi matches.

GOLDBERG: Let me read you something that John Kerry told the American Jewish Committee not long ago: “We’re running out of time. We’re running out of possibilities. And let’s be clear: If we do not succeed now – and I know I’m raising those stakes – but if we do not succeed now, we may not get another chance.” He has also suggested strongly that there might be a third intifada down the road and that if this peace process doesn’t work, Israel itself could be facing international isolation and boycott. Do you agree with this assessment? Is this the last chance?

OBAMA: Well, look, I’m a congenital optimist. And, obviously, this is a conflict that has gone on for decades. And humanity has a way of muddling through, even in difficult circumstances. So you never know how things play themselves out.

But John Kerry, somebody who has been a fierce advocate and defender on behalf of Israel for decades now, I think he has been simply stating what observers inside of Israel and outside of Israel recognize, which is that with each successive year, the window is closing for a peace deal that both the Israelis can accept and the Palestinians can accept – in part because of changes in demographics; in part because of what’s been happening with settlements; in part because Abbas is getting older, and I think nobody would dispute that whatever disagreements you may have with him, he has proven himself to be somebody who has been committed to nonviolence and diplomatic efforts to resolve this issue. We do not know what a successor to Abbas will look like.

Kerry’s quote represents the fundamental evil of all the peace deals between Israel and the Arabs, possibly with the exception of Jordan. Israel has always been coaxed into accepting these deals not based on the inherent logic of the deal being offered, but on the threat of what would befall it should it refuse to sign. 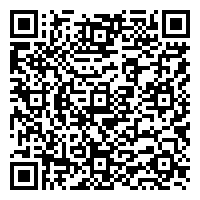